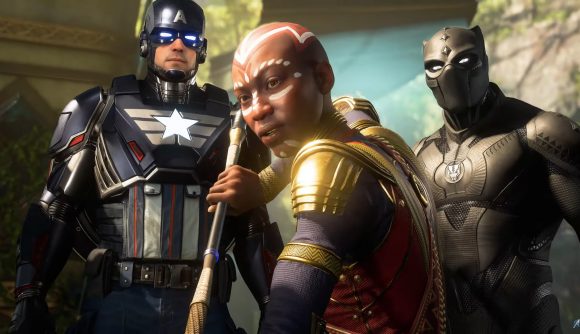 Marvel’s Avengers has struggled – particularly on PC – to attract players since its launch last year, but the War for Wakanda expansion might be the cure for what ails the co-op game. The arrival of Black Panther, the new Wakanda biome, and a meaty new story campaign compose “the largest and most ambitious expansion since launch” and aims to “refresh the Marvel’s Avengers experience.”

A new War Table debuted today that provides a rundown of what to expect in the free War for Wakanda expansion. The story centres around an invasion of Wakanda led by Ulysses Klaue, who has assembled an army of mercenaries armed with “deadly sonic technology” and spider-mechs. Klaue is after Wakanda’s precious and powerful vibranium, and he’s setting up sonic fracking towers throughout the nation in order to get to it. He’s also apparently enlisted the help of Red Skull lieutenant Crossbones.

This process creates corrupted spikes of vibranium that pop up around the world and spread toxic gas. The Avengers take note and reestablish contact with Wakanda, which had closed off all communication with the rest of the world in the wake of the A-Day disaster. 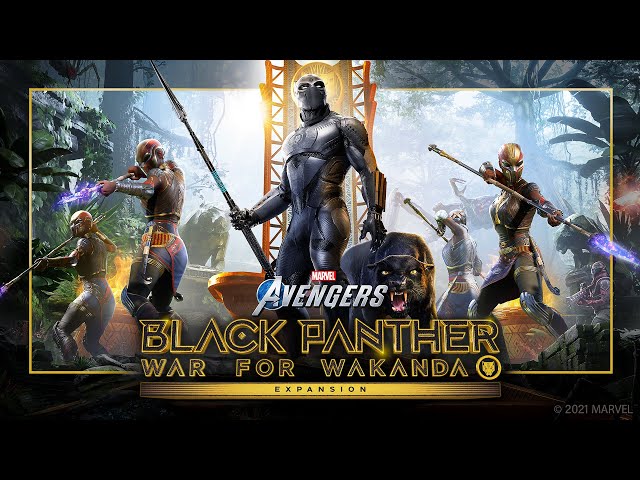 The story has been written with the help of Rise of the Black Panther writer Evan Narcisse, who drew from several existing Black Panther comics arcs in order to create a narrative that both respects and celebrates the character’s extensive history.

In terms of moves, Black Panther has a full arsenal, and key to them all is his intrinsic meter, kinetic energy. Black Panther can use the meter to create throwing daggers or summon the panther god Bast, or unleash all of it at once to throw back enemies around him in one big kinetic blast.

Black Panther is faced with an unprecedented invasion by Klaue that will put his strength to the test as a king, a leader, and a brother.

Watch the War for Wakanda Story Trailer to prepare for the arrival of King T'Challa.

Naturally, Black Panther will also have his own set of around 40 costumes, plus emotes and nameplates available on the marketplace. The update also includes a welcome refresh to the character menu, which unifies the gear, cosmetics, and challenge card progress into one screen per hero. You’ll be able to lock favourite pieces of gear and dismantle multiple pieces at once, too, which is a nice change.

The War for Wakanda expansion arrives for Marvel’s Avengers August 17, and it’s a free update for everyone who owns the game.