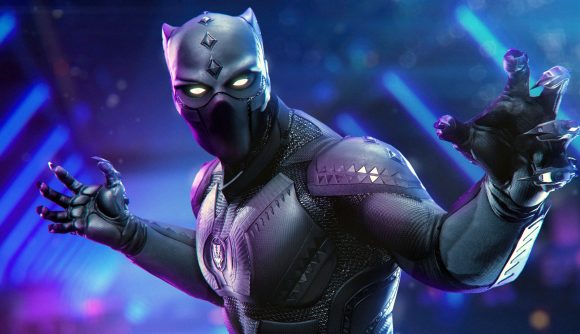 It’s fair to say that Square Enix’s Marvel’s Avengers has had a rough time since its release last year, but developer Crystal Dynamics is hoping to tempt PC players back with the upcoming War For Wakanda expansion – which will apparently clock in at around 7-8 hours of gameplay, the biggest DLC yet for the Marvel game.

Despite a successful launch that made Avengers one of the best-selling games of 2020 – not to mention being released alongside the incredibly successful Marvel Cinematic Universe – the game had a rough launch and has been lacking in regular content updates ever since.

However, the one thing most players praised about Marvel’s Avengers was the story campaign, and next month’s War For Wakanda expansion adds a hefty amount of single-player/co-op content to that story – which is especially welcome after the disappointingly short Hawkeye expansions. According to Entertainment Weekly (via Marvel’s Avengers Updates) the expansion will bring the game’s total story content to around 25 hours.

According to How Long To Beat – which I can confirm is roughly correct – Marvel’s Avengers main campaign is approximately 11.5 hours long, with the two Hawkeye ‘Operations’ expansions clocking in at around four and two hours each. Therefore, War For Wakanda must feature around 7.5 hours of story content – which will be free, incidentally.

Square Enix also revealed that Christopher Judge – best known as Kratos from Sony’s God of War series – will be voicing Black Panther himself, T’Challa, the first actor to play the role since the sad passing of the movie’s Chadwick Boseman last year.

As for Avengers, Square Enix continues to roll out updates – although some are more welcome than others – although clearly the publisher hopes that the Black Panther expansion will bring players back to the game. Who knows, they may even forget the fact that Spider-Man isn’t coming to the PC or Xbox versions – and still hasn’t appeared.