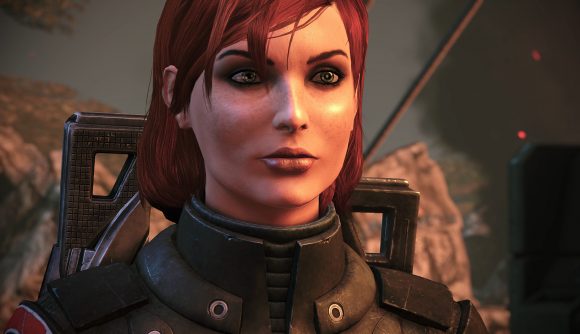 May 11, 2022 BioWare project director Michael Gamble has clarified that the text in question was “a mistake” made by a team unfamiliar with current Mass Effect development.

With a new Mass Effect game in the works, there’s been plenty of fan speculation as to the potential cast. Will it pick up where Mass Effect 3 left off, or will it be a fresh start, like Mass Effect: Andromeda was meant to do? A piece of promotional art appeared to have tipped BioWare’s hand,  seemingly revealing that Commander Shepard may be an important character in the new space game – however, it turns out it was all based on a simple mistake and some miscommunication.

On its official site, BioWare sells an attractive lithograph version of the teaser art it revealed last year on N7 Day, which shows a party of explorers venturing into the caldera of a volcano. The scene is depicted from a bird’s eye view, so it’s impossible to tell who any of the characters are.

However, a YouTuber called MrHulthen spotted an interesting detail in the product description on the BioWare store page. Originally, the text included a passage that read, “Shepard’s final quest may have ended the threat of the Reapers but at great cost including Earth itself. While Shepard and the survivors are left to pick up the pieces, fans are wondering what’s next.” 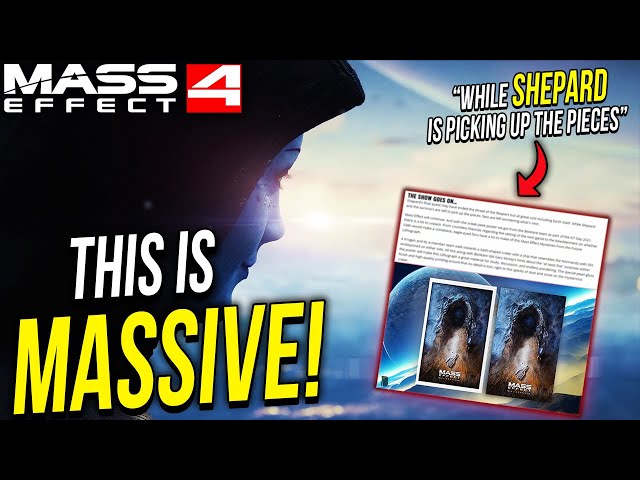 On its own, this is cryptic enough to be interesting, without necessarily giving anything away. You can read the sentence to be referring to Shepard and the other survivors of the disaster at the end of Mass Effect 3 in general, who may or may not have anything to do with the new game, or it might refer to Shepard and a specific group of survivors who might become your companions in the events of the new Mass Effect story – which would strongly suggest that Shepard is, at the very least, directly involved in the events in the new Mass Effect game.

Mass Effect project director Michael Gamble took to Twitter to clarify matters. The original copy was, it turns out, written by people who run BioWare’s online store and who aren’t familiar with Mass Effect, he explained, putting to bed – for now – any rumours about a return of Commander Shepard.

Hopefully we’ll hear more about the upcoming Mass Effect game in the near future. No release date has been announced as yet.