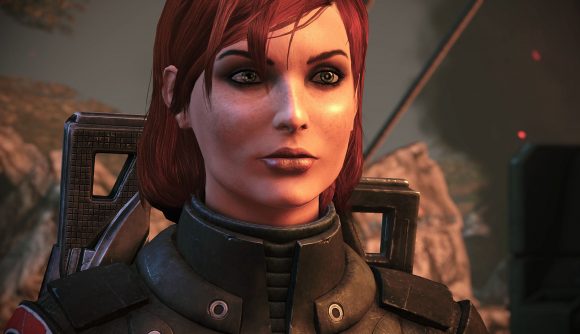 The original ending to Mass Effect 3, which capped off the trilogy when the space game first launched in 2012, was a bit of a bummer – fans were upset that their choices felt meaningless in the final act, even after BioWare released its Final Cut. Modders have come to the rescue, however, and now there’s a happy ending mod for the new Mass Effect: Legendary Edition.

Audemus’ Happy Ending Mod, which you can find over on Nexus Mods, makes an array of changes to the story in Mass Effect: Legendary Edition by tweaking Codex entries, cutscenes, slides, and more. If you haven’t played through the Mass Effect series yet and plan to, you might want to bail out here – there’s no way to talk about this mod without getting into spoiler territory.

Now that we’ve given the future Shepards a chance to clear out, the major change made in AHEM is that Commander Shepard survives the final mission. After the Crucible fires on the Reapers, the current squad will discover Shepard, who will then attend the memorial service. Every possible romance option from both Mass Effect 2 and Mass Effect 3 will be there, and they’ll all give Shepard a nice hug after the moment of silence.

You can watch it all play out in the video below: 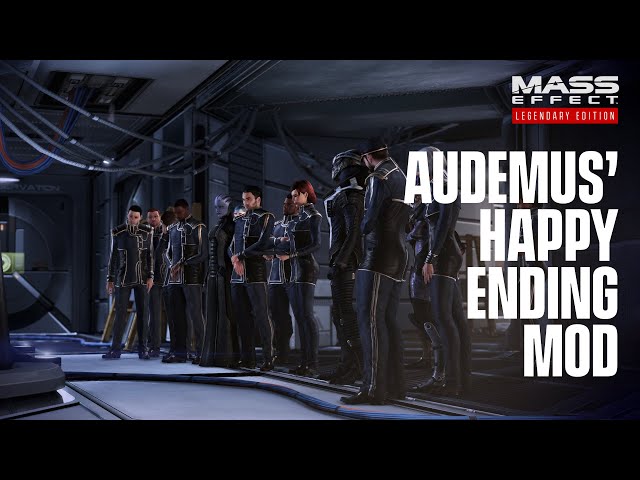 There’s plenty more in the mod, however. The epilogue, as you can see, has been expanded, but there’s some more explanation included in the Codex on how the Crucible works. The mod makes different changes depending on the war assets you’ve collected, intelligently tweaking each possible ending.

Audemus says the mod is a spiritual successor to the original Mass Effect Happy Ending Mod. “I cannot accurately describe how thrilled I am to share it with you all,” he writes. “This mod was built on the shoulders of giants. It’s only thanks to the labour of love done by MrFob & Co. with MEHEM and JohnP with JAM [JohnP’s Alternative MEHEM] that this mod even exists. It is as much their mod as it is mine.”

Audemus says this new happy ending mod should be compatible with any romance mods you’ve got installed, and has been built so that it should work seamlessly with the upcoming Citadel Epilogue Mod remake for the Legendary Edition that’s due out later this year.