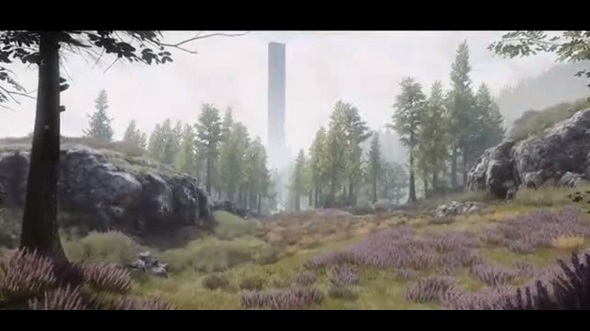 The ambitious project UK-based indie developers Automaton have been hinting at since last year now has a teaser trailer, and a name – Mavericks: Proving Grounds.

Thinking about trying battle royale? We can help you pick which game is right for you.

Revealed at the PC Gamer Weekender, the Mavericks trailer is cryptic but lovely. It doesn’t show off any of the game’s combat, which Automaton say will have up to 400 players competing on maps twice the size of PUBG’s Erangel.

What it does show however is a series of beautiful forest scenes, with the dull crack of rifle fire audible in the distance. From the edge of a clearing, we also get a glimpse of a tall, ominous tower looming somewhere far off – but how far, and how big the tower is, aren’t clear.

The game is powered by SpatialOS by Improbable, which is billed as technology that allows designers to use cloud computing to circumvent the usual limitations of the traditional client-server model. That’s going to be handy, since when Mavericks launches in full next year, the goal is to have up to a thousand players together in the same linked world.

Before that, though, Automaton plan to have their 400-player version of battle royale out later this year, which will reportedly feature a 12 square kilometer map housing a working ecosystem of animal life, and natural events like forest fires.