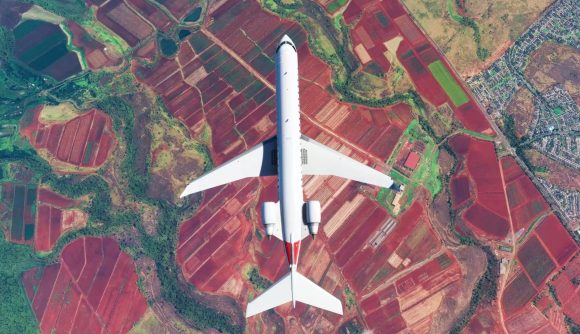 The sleek and nimble CRJ 550/700 has arrived in Microsoft Flight Simulator, courtesy of third party developer Aerosoft. The package includes fastidiously detailed models, animations, and liveries for the jets, as well as a flight model that has been rebuilt from the ground up to take advantage of the new features in Microsoft’s latest version of the simulation game.

Aerosoft says the Bombardier CRJ line is an attractive one for both real-world and sim-based pilots alike – it’s a jet that demands quite a bit more skill to fly than its larger jumbo cousins, due to the fact that fewer flight systems can be automated on the smaller planes. The CRJ carries up to 100 passengers, but its slim fuselage and low-slung wings make it agile and responsive.

Depending on the airport you’ve chosen as your destination, you’re likely to have to do more manual flying on your approach in the CRJ – Aerosoft says many airports lack the navigation systems necessary to automate landings for the small jets.

Here’s the release trailer – try not to unconsciously pop your ears. 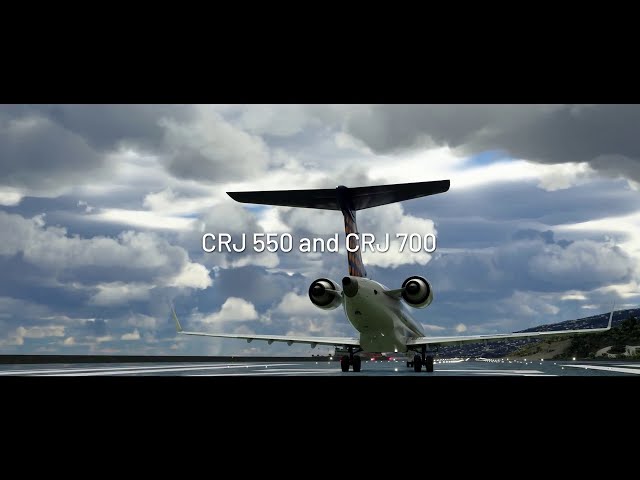 Aerosoft’s CRJ 550/700 package includes both aircraft models with nine liveries, detailed cockpit environments that the company says will hold up very well in VR, smoothly animated landing gear and doors, and support for “advanced features” such as rain and other weather effects.

The jets include the Extensive Flight Management System and Honeywell ProLine Avionics, including advisory and coupled vertical navigation, along with February/March 2102 (AIRAC 2021) nav data (which can be updated via NavDataPro and Navigraph). You also get eight (!) manuals, checklists for all in-flight scenarios, and even configuration settings for maintenance and loading.

For all that, you’ll have to be prepared to shell out €45.24 (which works out to about $53.82 or £38.74). It’s a relatively princely sum for DLC, but certainly not far out of the ordinary in the world of hardcore simming.