Four months after the Xbox Series X | S very briefly landed on shelves, Microsoft has released its companion headset with the same understated aesthetic and questionable naming conventions. Despite the console branding, however, the Xbox Wireless Headset is a feature-packed pair of cans for PC, provided you don't mind paying a bit of a premium and can get past the oversensitive microphone.

As an Xbox-specific headset, it's potentially in a league of its own under $100, featuring customisable equaliser settings, stylish on-board controls, and two simultaneous wireless connections through Bluetooth 4.2 and Microsoft's proprietary Xbox Wireless protocol. Unfortunately, its value for PC players is slightly skewed because the latter connection isn't native to Windows and requires a $24.99 / £19.99 Xbox Wireless Adapter that's sold separately.

This might not seem like a big deal at first – after all, Bluetooth adapters are cheap enough that most people already own one, and sometimes you'll even find the function built into the best gaming motherboard. However, you need the Xbox Wireless protocol to get low latency and lossless audio, which are two of the Xbox Wireless Headset's headline features.

So, instead of sitting in the same price bracket as the SteelSeries Arctis 1 Wireless and the Corsair HS70 Pro – the latter of which is the best gaming headset if you want to go cordless on a budget – you’ll have to pay a slightly higher $125 to see all the Xbox Wireless Headset has to offer on PC. It’s just as well that Microsoft’s latest and greatest punches above its weight, then, debatably justifying the added cost. 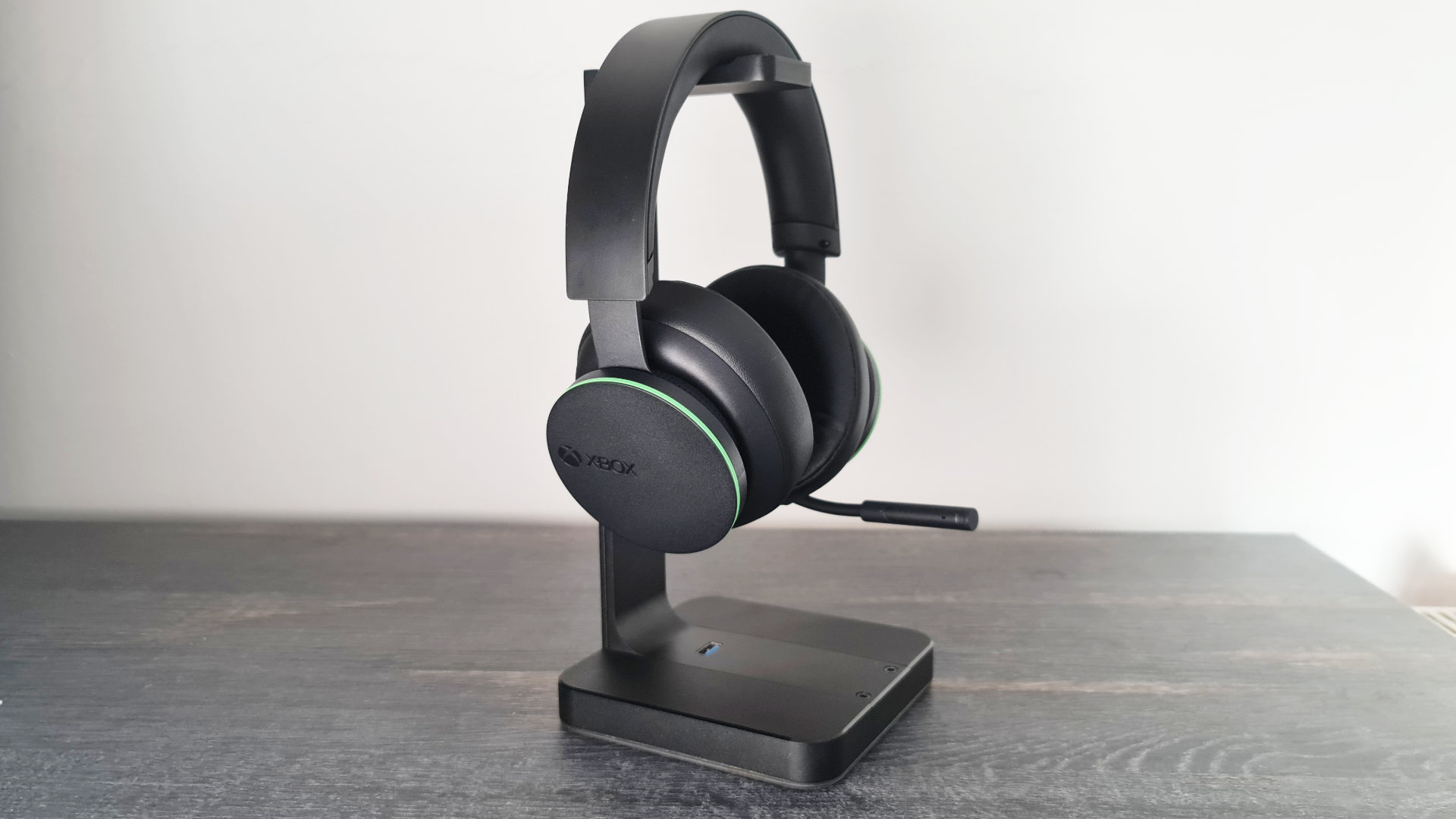 The first thing you’ll notice is the device’s sturdy design, as Microsoft moves away from traditional on-board controls in favour of two spinnable turntables on each ear. The right cup handles volume independently of Windows and the left lets you balance the game and chat mix. There’s also a button to mute the microphone at the base of the boom arm and a power switch. And before you start thinking of cool, new uses for the dials, none of these can be rebound to other functions.

Following in the footsteps of most modern headsets, it ditches the aging 3.5mm headphone jack. I know, but before you decry its lack of compatibility, it more than makes up for it across Bluetooth, Xbox Wireless, and a USB Type-C input, which doubles up as both a charging port and a wired connection. 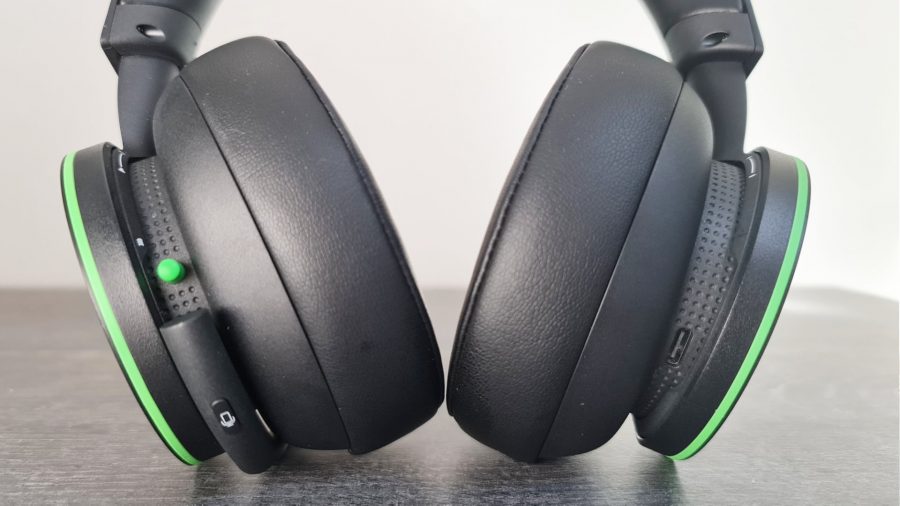 Out of the box, the bass is a little too heavy, making every footstep you take in Rainbow Six Siege sound like a miniature explosion. It’s perfect for lovers of heavy basslines and Michael Bay fans, but a little concerning for those that prefer a neutral sound stage that’s more suited to general use.

Thankfully, the Xbox Wireless Headset is completely customisable within the Xbox Accessories app, offering five different presets to choose from and the ability to customise the equaliser across five different bands. You can even boost the bass if the default profile isn’t thumping enough for you.

Sliding each dial alters the experience substantially, giving you a lot of headroom for a personalised approach to your audio. Annoyingly, there’s no way to save your custom profiles or alter the existing presets just yet, but this is far more than the HyperX Cloud II Wireless provides and at a lower price point, too.

Surround sound enthusiasts will be disappointed that there’s no built-in surround sound, but you can simulate the effect with Windows Sonic, Dolby Atmos, and DTS Headphone:X. Windows Sonic doesn’t cost you a dime, but you only get a 30-day free trial of Dolby Atmos before you hit a $14.99 paywall, and DTS Headphone:X lets you use it for 14 days before prompting you with a $20 bill. 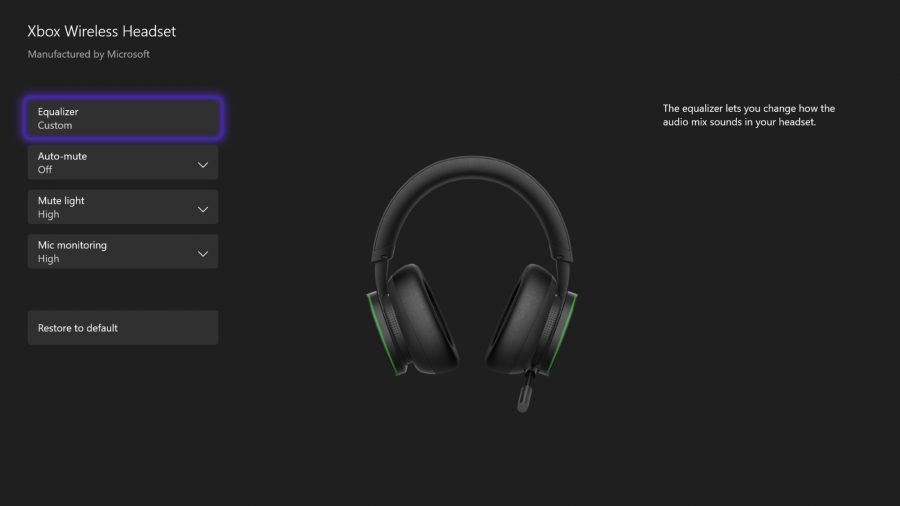 The microphone’s nothing to brag about compared to its competitors, with some of my colleagues describing it as a little robotic and monotone. And while the auto-mute feature aims to cut out as much background noise as possible, it’s no match for the mighty mechanical switch. It’s obvious that Microsoft built the receiver with consoles in mind, as controllers don’t often have the same audible click as the best gaming keyboard.

If you’re playing with the best PC controller or you resign yourself to push-to-talk, however, then you can use the app to adjust the level of mic monitoring (AKA sidetone). Even at its highest setting, it’s on the quieter side, though, so if you rely on the feature to make sure you’re not shouting deep into the night, this might not be for you.

I also found minor issues with the responsiveness of the mute button, as too gentle of a press gives the expected tactile click, but sometimes doesn’t actually mute the microphone. You’ll want to make sure you press firmly each and every time if you don’t want anyone listening in on your IRL conversations. Fortunately, there’s a distinct noise that lets you know when you’ve successfully muted your mic and a white LED on the receiver to show when it’s live, although it’s a bit of a stretch to see this in your peripheral.

The positioning of the microphone doesn’t gel well with the left dial, either, as it’s all too easy to brush against the base of it when adjusting the game and chat mix, resulting in a loud scraping sound. I didn’t find myself tinkering with it too much for it to become a deal breaker, but it could pose a problem if you’re a little heavier handed. 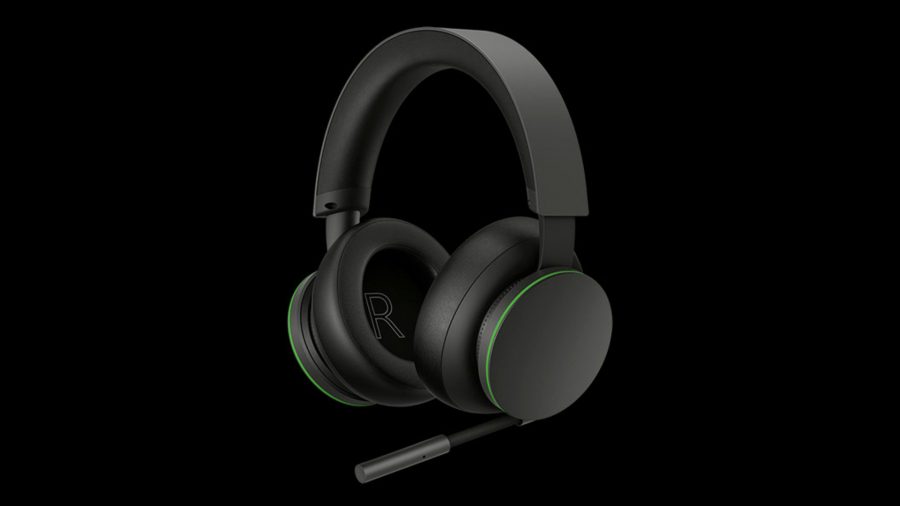 While the mic is a permanent fixture and isn’t detachable, it’s easy to fold it into the curve of the left cup if you want to take the headset travelling. Battery life is a little lower than its rivals, lasting an average of 13 hours on a single charge in our tests, but this is more than enough for a few gaming sessions or commutes before you need to plug it in. And when you do, it only takes 30 minutes to get another four hours out of it.

The Xbox Wireless signal has an impressive range and stability compared to most, staying strong through multiple doors and walls as I wandered around the other side of my house. You won’t get the same connection with Bluetooth, which becomes shaky the moment you introduce one layer of obstacles.

It’s also on the smaller side but is undoubtedly one of the most comfortable headsets I’ve used regardless of price. I imagine its leatherette ear cushions could get a little warmer than fabric alternatives if you live in a hotter climate, but here in the dreariness of the UK, I could use the Xbox Wireless Headset for hours without any fatigue. In fact, they’re so lightweight at 312g that I often forgot I had them on at all. 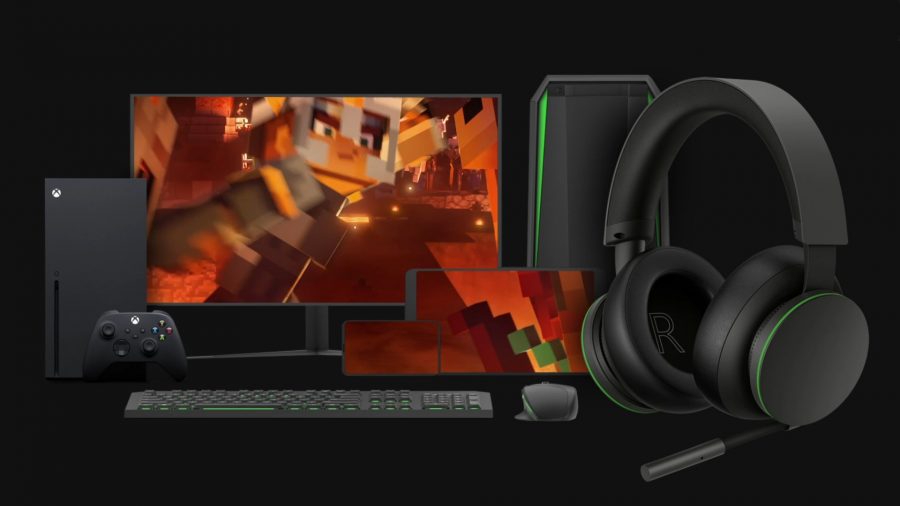 The Xbox Wireless Headset is a powerhouse with unrivalled bang for your buck if you’re the proud owner of an Xbox console, but it’s a tough recommendation if you’re playing on the best gaming PC.

It’s comfy, it’s stylish, and putting in a little work to customise the equaliser gives it a rich sound profile that rivals headsets that cost twice as much. Sadly, ineffective noise cancelling means the microphone is insufferable when used in tandem with a mechanical keyboard, leaving you with two options: pile onto the already-inflated price tag by pairing it with the best gaming microphone, or explore more suitable all-in-one options.

If wireless is non-negotiable, the HyperX Cloud II Wireless is probably your best option at just $25 more. It’s not remotely as customisable as the Xbox Wireless Headset and microphone clarity takes a bit of a hit, but it has a balanced sound stage right off the bat and brilliant noise cancelling to cut out pesky background noises.

It's very nearly the best gaming headset around with rich audio, superb comfort, and an aggressive price point, but its microphone is such a sore spot for PC players that it's worth looking elsewhere.