Minecraft Dungeons will take Mojang’s block building world in a bit of a different direction. You’ll embark on a dungeon crawler-style adventure that sees you take on quests, new locations, weapons, and a nemesis called Arch-Illager – but no mining or building. The Minecraft Dungeons release date is currently set for Spring 2020, but it was originally designed for a whole other platform – the Nintendo 3DS.

As spotted by VG24/7, a new ‘Minecraft Dungeons Diaries’ video posted on the Minecraft YouTube channel, which explores the game’s origins, reveals some cool facts about the game’s early stages. In it, the chief creative officer at Mojang, Jens Bergensten, reveals that the game came about because the studio was looking to create something for Nintendo’s little handheld console.

He said, “it all started when we were trying to figure out a cool Minecraft-style game for the Nintendo 3DS, and we toyed with a bunch of different ideas, but finally making a dungeon crawler was something that really struck a chord with us.”

Game director Måns Olson added that, “it resonated with our team because we were fans of the genre and we also wanted to explore the adventure and exploration and combat aspects of Minecraft further.” 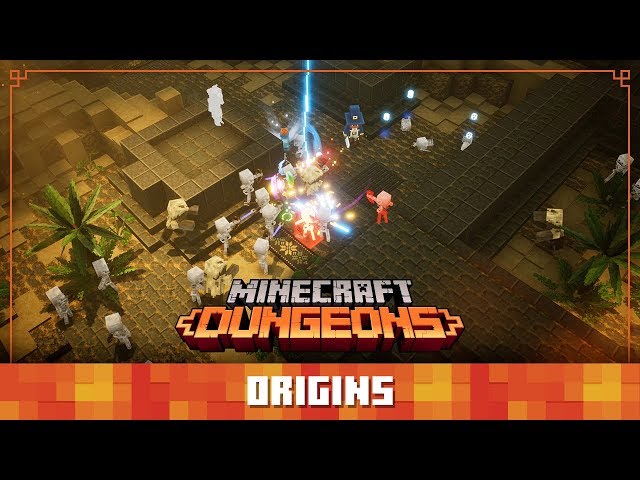 The game’s actually now headed for Nintendo’s newer miniature but mighty Switch console, as well as PC and other consoles – and it looks like players have plenty to look forward to. Thanks to some nuggets of info that dropped at this year’s Minecon, we know that Minecraft Dungeons will have spells, tons of loot, and battle llamas, as well as a nifty drop-in, drop-out co-op feature so you can jump in (and out again) with pals.

Check out everything we know so far about Minecraft Dungeons if you’re keen to find out what’s in store.