Minecraft modders and creators make some incredible things with Mojang’s block builder, and occasionally, something comes along that is just utterly amazing and the result of so many hours of work for just a few seconds of footage. A new stop motion video created in Minecraft, piecing together Avatar: The Last Airbender’s intro bit-by-bit is one of those things.

User Austinmclrntab posted a clip of this on the sandbox game’s subreddit, but it’s the creation of Minecraft fan WeAreSteve on YouTube (you should subscribe to their channel while you’re at it). As you can see below, the clip’s only eight seconds long, but what’s on show here is impressive.

Creating stop motion is notoriously time consuming, as you need to pose each model into the perfect place, take a photo, then adjust for every single frame of animation. This would be especially difficult in something like Minecraft as you would need to build the blocks by scratch, get the pose correct, get the right setting with Minecraft seeds, then have the person behind the ‘camera’ stand in the exact same spot with the same lighting. Thank goodness that Minecraft console commands and cheats exist, otherwise this would have been next to impossible.

To get a context of just how much work is involved, something like this could take days of work, depending on how many frames per second the creator is looking to achieve. The video runs at YouTube’s standard 30 FPS, so would take around 240 individual shots, all of which need to be crafted by hand. The result is only eight seconds long, but it’s a flabbergasting eight seconds that need to be seen over and over to comprehend. 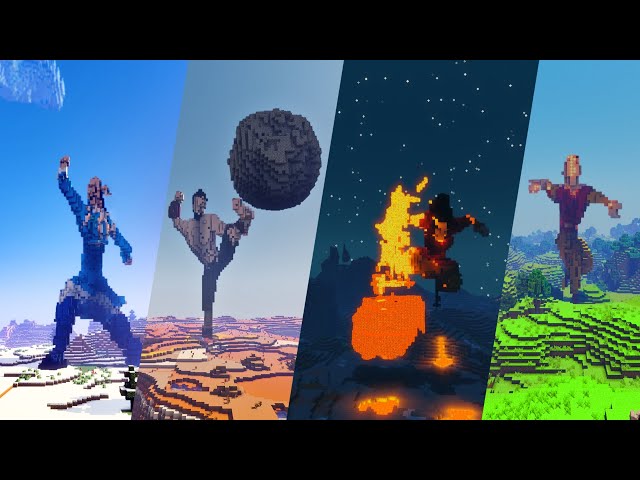 In addition, there’s also a full ‘making of’ video that shows how each frame is constructed (except for Air, as that footage was sadly lost). WeAreSteve has been creating impressive sculptures for around six months on their channel, but has recently started doing stop motion animation. His stop-motion Shrek opening in Minecraft is also very impressive. There are all sorts of cool Minecraft builds that tons of talented people have made over the years, so it’s lovely to see that people are now exploring the world of animation.