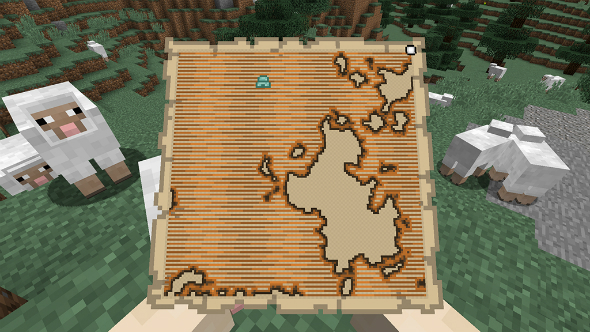 Minecraft lead designer Jens Bergensten took to the main stage of Minecon on the final day of Minecon 2016 to go through the changelog of the upcoming 1.11 update for Minecraft. Dubbed the ‘Exploration Update’,  most of the additions are aimed at adding more things to do in the game outside of mining and, well… crafting.

If exploration is what you’re after, check out the best Minecraft seeds.

All of the new features were also demoed in brief videos, each seemingly minor tweak met with rapturous applause from the thousands in attendance. No need to worry about the community staying passionate, then. There’s no solid release date for update 1.11, but snapshots are already available. Anyway, here’s what’s up in Minecraft’s next feature haul. 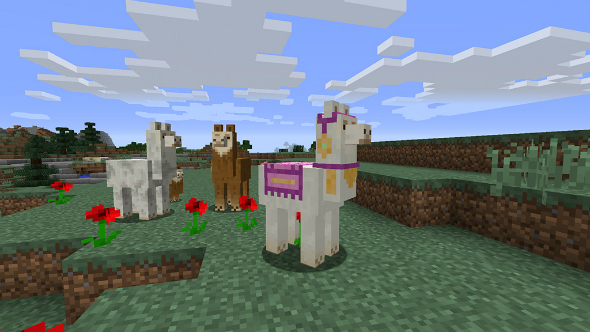 By far the fan favourite announcement of the whole convention, the revelation that llamas would be coming to Minecraft is, bizarrely, huge news. Apart from looking like llamas, the new Minecraft mobs will have a number of bespoke features to make them stand out. For starters, they’ll be able to spit, which despite being incredibly rude and obnoxious is also an effective means of ranged attack.

Jens also said the player would be able to “swag them out with carpets,” which are essentially saddles but with some added visual flair. You can also attach satchels to llamas in order to use them like pack mules. Better still, if you use a lead on a llama, all nearby llamas will automatically form a caravan behind the llama you’re leading.

Some raw data on how they work straight out of the snapshots:

And the rest of the new mobs:

Why would you risk this, well… 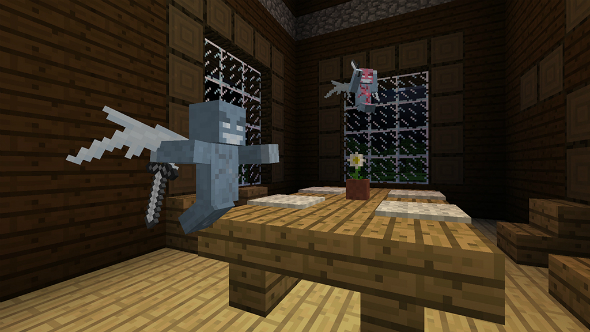 New places for treasure and dungeon crawling are always welcome among the Minecraft community, and the addition of incredibly difficult, procedurally-generated mansions should give players plenty more to do when they reach the end of the game. The Woodland Mansion dungeon type will be very rare, but will offer some intriguing rewards courtesy of its three new hostile mobs.

The reason you’d risk it all is for one of these drops:

Giving you reason to stalk a Woodland Mansion, the Totem of Undying is a rare drop from the new Evoker mob. You can equip the Totem of Undying as a consumable item in one of your hands, so that should you receive a fatal blow, you’ll instead use the item and be granted a temporary boost to your stats – ensuring that you can survive any near-death experience. Extra handy for Survival Mode, providing Absorbtion

Some new spawn eggs to be added: 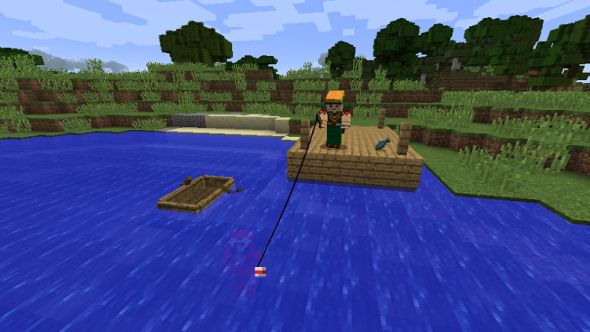 New enchantments that give negative effects. Two so far in-game.

Curses can be found on various items generated by the game, as well as applied to items in creative mode.

Finally, a more official way of finding your way around a gigantic Minecraft world. The new slash command will give players the coordinates to key locations in the world, which players can string into the command if they’re looking for something more specific, like how to find a village in Minecraft. Here’s a list of possible commands:

Will return a message that reads what structure was located and its coordinates, assuming you are in the same dimension.

The exhaustion table is being overhauled to be much nicer on players in all but one instance. Easy comparison table over on the Minecraft wiki.

In the snapshot 16W43A update, Mojang introduced a “fishing overhaul.” This didn’t change a massive amount of the core gameplay, but it did fix an absolutely massive batch of bugs. Full list over in the official post, but some of the most annoying, and longest-lasting, have now been defeated.

That’s everything in the 1.11 update that’s been discovered so far. For the nitty-gritty details, check the official wiki.