If you’re wondering how to craft a Minecraft saddle, then we’ve got some bad news for you: you can’t. Despite Minecraft’s adoration of all things, well, crafty, the saddle is one of the items that you literally can’t make in the crafting game no matter how hard you try.

If you’re looking for a Minecraft saddle recipe, then, you’re out of luck; crafting a Minecraft saddle was possible, once upon a time, and back then it was only useable on horses. The horse saddle was eventually removed to streamline the process, and so now we’re all left praying to the RNG gods that we’ll find one in a Minecraft dungeon somewhere. Maybe we should just go craft a Minecraft boat instead, or something

It’s not all bad news though, because there are a few different ways to get your hands on a saddle – and some of them are actually reliable too. So, here’s everything you need to know about Minecraft saddles, so that you too can ride a pig into battle if you really want to.

How to get a Minecraft saddle

There are a few different ways to get a saddle in Minecraft, with the most common one being from chests. The chance that any given chest contains a saddle varies a tiny amount depending on whether you’re playing Minecraft Java Edition or Bedrock Edition.

Regardless, chests are still your best best, and you can find them in the following containers, which we’ve ordered from highest to lowest in terms of loot chance:

You can also get saddles by killing enemies that are using them, such as a Zombified Piglin riding a strider, or a Ravager, which will always drop the saddle if you can defeat it.

You can also get one by trading with a master-level leatherworker: this is a guaranteed trade in Java Edition, but only a 50% chance in Bedrock Edition. Finally, you can also get them by fishing, but the default chance is less than 1% so we don’t recommend it. 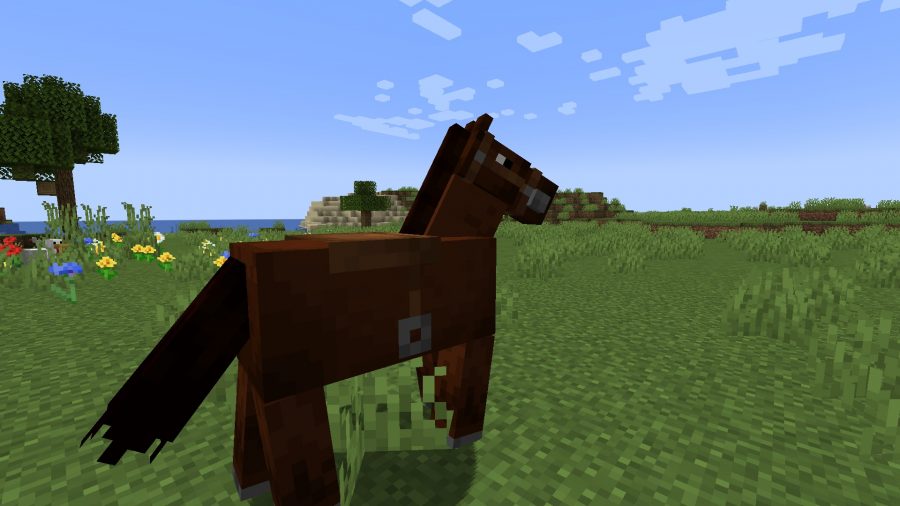 How to use a Minecraft saddle

You can use a saddle to ride a variety of different Minecraft animals, but each one requires a different extra step that will let you actually go for a ride. For example, to ride a pig you need to equip one with the saddle, and then use a carrot on a stick to actually control it. Be warned though; you have to kill the pig if you want the saddle back. You can craft a carrot on a stick by combining a fishing rod and a carrot. Striders work in basically the same way as pigs, but you’ll need a warped fungus on a stick to control it. You can craft a warped fungus on a stick by – shockingly – combining a fishing rod and a warped fungus.

You can also ride horses, donkeys, and mules, but they’ll need to be tamed first. Generally speaking, you can tame one of these animals by getting on it repeatedly until it stops kicking you off. It can take a bit of time, but you can speed the process up by feeding the animal. Once tamed, all you need to do is place the saddle in the animal’s inventory and you’ll then be able to ride them and control them at will.