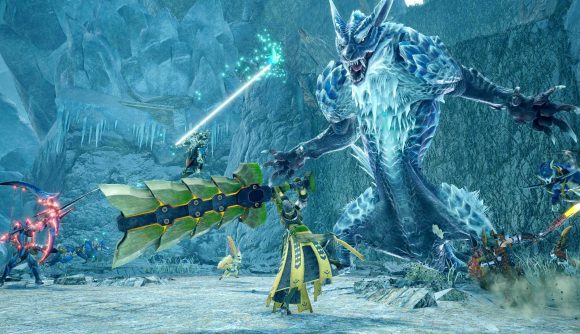 Capcom says the event will feature new gameplay footage from Sunbreak, and provide new information on the new monsters, hunter actions, and features included in the beefy expansion for the co-op game. The stream is scheduled to begin May 10 at 7am PDT / 10am EDT / 3pm BST, and you can tune in at the official Monster Hunter Twitch channel.

The Monster Hunter Rise team has already revealed quite a bit about Sunbreak, which adds a new base of operations and a region to explore called the Kingdom. It’s under threat by the Three Lords – three powerful monsters with devastating elemental attacks. There’s the stealthy elder dragon Malzeno, which drains life energy from living creatures nearby; the lupine Lunagaron, which can freeze the air it inhales; and the cantankerous and heavily armoured Garangolm, which can attack with fire and water elements.

Sunbreak will also add new hunter Silkbind actions to every weapon in your kit, and palamutes will have additional moves to use as well.

Join us for exciting reveals of new gameplay info, monsters and more, in the next Monster Hunter Rise: #Sunbreak Digital Event!

Beyond the Three Lords, Sunbreak will also include some new monster subspecies and some returning favourites from the long-running series, such as Monster Hunter Generations’ Astalos and the blood orange variant of the Bishaten.

The official site has loads more information on the event and the expansion.