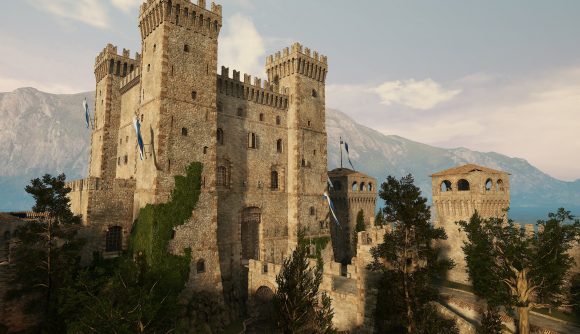 Mordhau developer Triternion games has laid out a rough guide to what it’s focusing on for updates to their medieval combat game, and they have some big plans. In addition to two large new maps, the studio also plans on adding in a new 64-player mode, ranked play, and curbing player toxicity.

Triternion also has its collective eye on the finer details of the game, according to a recent update on the official site. The developers are working on adjustments to parts of the game that still feel a bit unbalanced or broken, such as the buckler in one-on-one duels, horses in general, and the dreaded firebombs.

Right now, the studio is working on a ranked mode for Mordhau. As currently planned, ranked mode will break down into six tiers, ranging from bronze up to elite. Each tier will have five ranks, and these of course will be assigned based on your in-game performance and confer an appropriate badge.

Triternion is also turning an eye to curbing player toxicity and vote-kick abuse, which have been a bit of an issue in Mordhau.

“At the moment we are discussing and experimenting with ways to add more tools to the game to help curb unwanted behavior,” Mordhau’s community manager wrote.

The team is looking at a client-side chat filter, which will screen out abusive language, such as racial epithets, before players have to see them. The team is also examining ways to more easily identify players with structures they’ve placed, which will help determine whether someone is deliberately building emplacements to mess with their own team.

The post also provides some initial details on a new 64-player attack/defend mode that the studio is calling ‘Invasion’ for the time being. This will involve sieging and completing objectives that develop as the match goes on. Two new maps are in the final stages of development now and will support the mode: Feitoria, a “sprawling town and accompanying village”; and Castello, a Mediterranean-style castle that’s a bit more complex than the existing Grad map. Triternion also says it wants to make sure Invasion can be retroactively added to the existing map pool.

All these updates are in various stages of development, and there’s no firm date on when they’ll be rolled out to the live game. Triternion says it’s more focused on making sure everything is up to snuff than on hard deadlines.