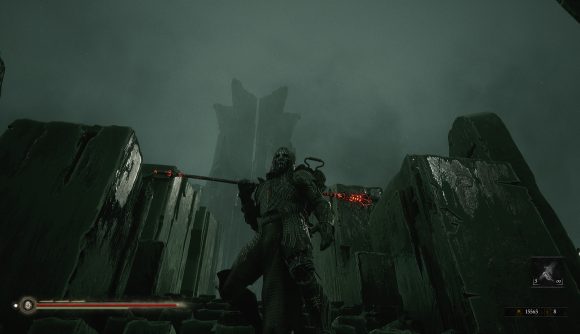 The beta of action RPG Mortal Shell has been made open for all. After a wave of previews for the Souls-like game, developer Cold Symmetry has turned the closed beta into an open one so everyone can see just how many times it’s possible to die during a single demo.

“We expected demand but nothing like this,” says the official Twitter account. “We really didn’t want so many people to feel left out. We’re delighted to open the beta for everyone on PC, starting now.” You can find the Mortal Shell beta on the Epic Games Store here.

Although Souls-like is perhaps an overused descriptor these days, it’s one Mortal Shell directly embraces, describing itself as “a passion project from a small indie team united by one vision: to return people to that familiar, satisfying pain of a traditional Souls-like – deliberate, measured, and merciless”. The preview-build contains two areas, a boss fight, and a few enemy types to sink your teeth into, with the main story largely bordered off so you get a taste of the action, but not the overall narrative.

Our Ian Boudreau found it compelling, to say the least, writing “it manages to balance out a brilliant tension between drawing you forward into a beguiling world and filling you with a healthy sense of dread over what might be lurking around the next corner”, calling it the “Dark Souls of Souls-likes”.

We have some amazing news.

👉The Mortal Shell PC Beta is NOW OPEN for EVERYONE!

We expected demand but nothing like this. We really didn’t want so many people to feel left out. We’re delighted to open the beta for everyone on PC, starting now.

We have a list of the best games like Dark Souls on PC that Mortal Shell might very well be bothering when the full version comes out on Steam, alongside the Epic Games Store, later this year.