The gnarled hand of death will eventually find you in Mount & Blade II: Bannerlord – and now it’s permanent. Sure, it’s never been all that uncommon to find yourself on the losing side of a battle in the war-torn lands of Calradia, but actually dying hasn’t been part of the programme until now. With the latest updates to e1.5 and e1.5.1, death is something you’ll have to reckon with as you roam the countryside in search of adventure.

TaleWorlds says death can happen either on the battlefield (where we expect a lot of those will take place) or simply from growing old and passing away peacefully. “[N]obody is safe from Death’s embrace”, the developer writes in a recent update to the Bannerlord Steam page.

Dying will mean your hard-won goods, settlements, and armies will pass to an heir. We haven’t had time to take a deep look at how inheritance works in Bannerlord, but it’s likely a bit simpler than Crusader Kings III’s succession laws. The dev update video, which you can view below, shows an heir selection screen, but that’s all we’ve seen so far.

Perhaps more important in this latest update are the major changes made to the diplomacy system. TaleWorlds’ developers noticed that there were some balance issues between nations, but more importantly, there wasn’t a way to fight back for nations that found themselves on their back feet in the first couple years of game time. 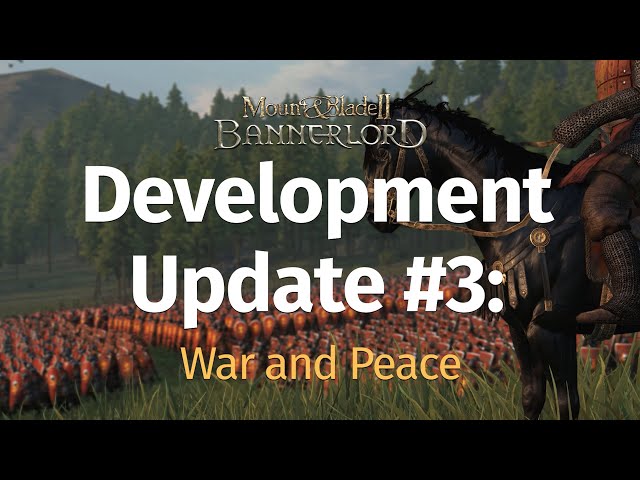 In an extremely detailed post to the Bannerlord forums, TaleWorlds developer mexxico explains the source of the problems. You can read the whole thing here, but the gist is that AI factions were making bad decisions when it came to voting on war and peace – smaller factions wouldn’t vote against war often enough to protect themselves against multiple enemies, and larger nations had a hard time going to war because the system placed too much weight on towns with low loyalty.

These problems have been addressed in the latest round of updates to both the beta and live branches, which means the game should remain more dynamic for longer – the idea is to avoid having a state where three or four remaining powerful nations refuse to go to war with each other.

However, TaleWorlds cautions players that these changes are still works in progress and will need tweaking to get right. The good news is, the studio seems to be on a promising trail, so hopefully the mid- to late game will keep getting more exciting with time.

Of course, there are always Mount & Blade II: Bannerlord cheats if you don’t really feel like dealing with either death or diplomacy. We’ve got you covered either way.