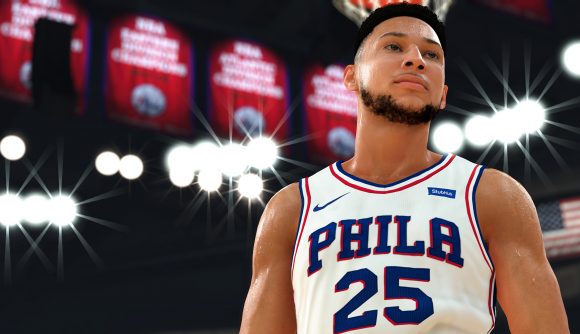 NBA 2K19 launches in a couple weeks, and in Belgium, it’ll be missing a certain component: players there will not be able to buy card packs with real-money currency, thanks to a determination by the Belgian Gaming Commission that such transactions constitute illegal gambling.

As might be expected, publisher 2K doesn’t agree with this ruling, and has issued a statement to that effect on the official site. The statement also asks for a little help from Belgian fans.

“We are working to comply with the BGC’s current interpretation of these laws,” the company wrote in the statement. “As a result, we have made some local changes to the MyTeam mode. These changes are necessary in order for us to accomodate the BGC’s interpretation of the Belgian Gaming Act. Specifically, we will be turning off the ability to purchase packs with premium (non-earned) currency/VC.”

2K says it’s having “continuing conversations” with Belgian officials about the BGC’s interpretation of the rules, and the company argues that the packs you can buy in games like NBA 2K19 already comply with Belgian gambling laws.

“If you agree, we recommend that you contact your local government representative to communicate your opinion,” 2K wrote. “We will keep the community posted on any developments. We apologize for any inconvenience.”

‘Blind’ loot boxes, where players pay for packages of random in-game items, have been banned in both Belgium and the Netherlands recently, following government studies that found them to constitute gambling.

However, similar studies in the U.K. and France have come to the opposite conclusion.

Valve and Blizzard are among developers who have already made changes to their games for the Belgian and Dutch markets, pulling loot boxes out of Heroes of the Storm, Overwatch, and Counter-Strike: Global Offensive.