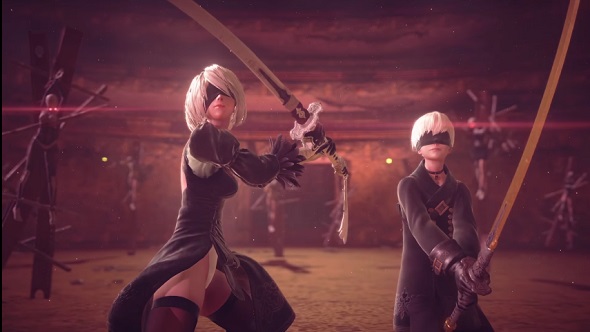 It might be more than two years old, but Nier: Automata still seems to be selling at a decent pace. In a financial report earlier today, publisher Square Enix told investors that the game has now sold more than four million copies.

That news comes from Wall Street Journal tech reporter Takashi Mochizuki, who tweeted earlier this afternoon to announce the sales milestone. Mochizuki also said that the Game of the Year edition of Yoko Taro's game had contributed to the new sales milestone.

Nier: Automata sales have, understandably, slowed down somewhat since the success that the game had around launch. It surpassed one million copies sold about six weeks after its release in February 2017, and reached the two million mark a few months later, in September. Selling another two million has taken somewhere in the region of 18 months, but nonetheless, it's still an impressive figure, especially for a title that even its creator didn't expect to perform as well as it did.

Mochizuki’s tweet also reports that Octopath Traveller sales have held steady, which is good news given we’re expecting a PC release in June. FFXIV is also doing well, along with subscription services for many of Square Enix’s online games.

A follow up also says that many of the game Square Enix plans to in financial year 2020 are expected to launch in the second half of the year. With announcements for previously-unseen games expected to begin later this month, I’d expect plenty of games at E3, and a lot of Winter 2019/Spring 2020 releases.

Given this latest sales milestone, I’d imagine that a Nier: Automata sequel could be on the cards, although there’s nothing to back that up just yet. We’ll have more information on that (and, hopefully, that Avengers game) at Square Enix’s E3 conference on June 10, but I’d also expect plenty of teasers before then.