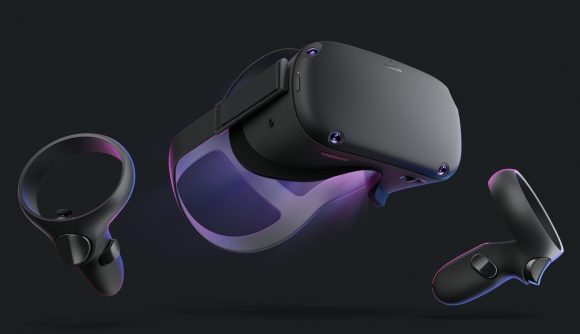 Tying your Facebook and Oculus accounts together means that deleting Facebook will delete your games library. For the time-being, keeping the two separate keeps your VR games safe regardless of what you do with your Facebook profile, but that will eventually change.

Highlighted by Twitter user Cix, and verified by UploadVR, as of now, deleting your Facebook account also means losing all Oculus purchases and game data. “Deleting your Facebook account will also delete your Oculus information,” reads the confirmation box for account deletion. “This includes your app purchases and achievements. You will no longer be able to return any apps and will lose any existing store credits.” Deactivate your Facebook page, and you lose access to whatever Oculus products you own, but they’ll remain inert as long as your account is inactive. Though this is only mandatory for new users at presents, by 2023 it will be a requirement for all Oculus players.

For the Oculus Quest 2, Facebook has made it mandatory to use a Facebook account to log in and purchase games and apps on the machine. Previously to this, you made an Oculus ID when you picked up any Oculus VR headset, and those accounts remain valid and separate from the social media giant. However, in 2023, Facebook plans to completely homogenise the user system, and Oculus IDs won’t be usable any more. In an email sent to UploadVR, a Facebook spokesperson says the corporation will “update existing users who choose not to log in with a Facebook account” as support for Oculus ID draws to a close in 2023, with no indication of what that might entail.

The merging of Facebook and Oculus hasn’t been seamless, either, as some purchasers of the Oculus Quest 2 have found themselves unable to play it because of problems verifying their Facebook details.

A number of major series are making the jump to VR and Oculus, including Assassin’s Creed and Splinter Cell. If you’re keen to stay in regular reality for your gaming, here’s the best upcoming games to get excited about.