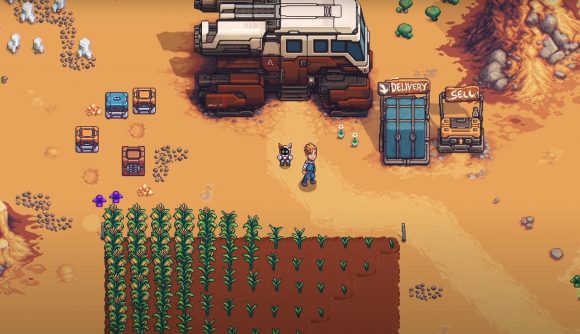 Alongside announcements on huge upcoming PC games like Elden Ring, Age of Empires 4, Far Cry 6, and more, there were also glimpses of plenty of indie treats at this year’s E3 extravaganza. Among them was One Lonely Outpost, a space farming sim that looks like it’ll have big appeal to fans of Stardew Valley and space games alike.

Designed with a pixel art style that’ll look cosily familiar to fans of ConcernedApe’s farming game, One Lonely Outpost takes players to a whole other world, in which they’ll have to establish a colony from scratch, with just their character’s “ancient space-RV”, a “handy tech gauntlet”, and a “handful of potato seeds” to get started with. Oh, and a robotic pet, too. Growing crops will attract other spacefarers to your little settlement, which will then grow the outpost itself.

With the game putting its own sci-fi spin on the farming sim genre, you can expect some new twists in how to you go about your crop and colony cultivation.

For example, you’ll get the option to take more of a ‘natural’ approach to tending your plants, raising Earth-based crops and animals. Or, you can go more ‘synthetic’ by rearing “robo-cows” and using “gene splicing” to get the job done. You’ll need to “watch for glowing cabbages”, though, if you opt for the latter option. Gulp. 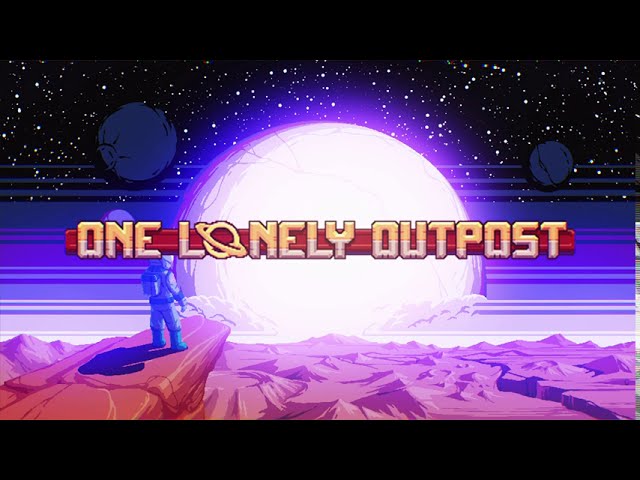 Alongside the farming itself, there’s plenty else to try out, such as exploring ancient alien ruins, make pals, find a romantic partner, and even do a spot of fishing going by this GIF on the game’s Steam page. You can also play online with up to three buddies in collaborative co-op alongside some “competitive minigames”.

If you’re keen to know more, there are plenty of additional details on the game’s Steam and Kickstarter pages at those links. There’s no exact release date to jot down just yet, but developer Aurorian Studios is looking to launch One Lonely Outpost sometime in early 2022.