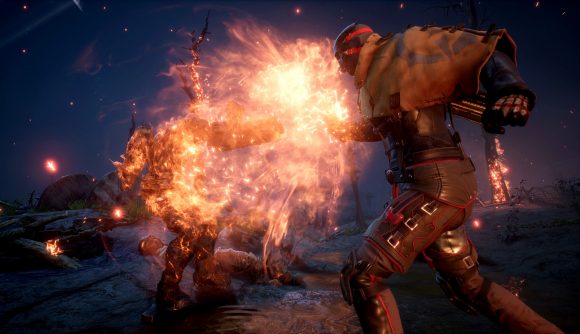 If you’re having trouble playing the brand-spanking-new action-adventure Outriders, you may be in luck: after a high volume of reports on launch day about stuttering and crashing, developer People Can Fly says it has pushed out a configuration update on Steam that should correct those issues if you’re playing with DirectX 11.

“This is specifically for anyone still encountering stuttering or stability issues,” People Can Fly writes on the Outriders Steam forum. “We have just pushed a config update to Steam that will endure that DX11 now launches as intended (yesterday’s launcher was not launching DX11 properly).”

When you launch Outriders from Steam, you’ll initially be given a choice between running the game in DirectX 11 or DirectX 12, the latter enabling advanced graphics features such as DLSS, while the former is often more suitable for older video hardware. Evidently, the launcher wasn’t selecting DX11 correctly, and players have found that the DLSS option appears to be available when they’ve run Outriders after selecting the DX11 option – when it shouldn’t be available at all.

People Can Fly says you’ll have to restart Steam for the configuration update to take effect, and depending on your setup, you may need to download a patch as well. People Can Fly further suggests, if you’re still seeing the options available, to disable DLSS and vsync in the game, then restarting Steam.

Info for anyone still encountering PC stuttering or stability issues.

We have just pushed a Config update to Steam that will ensure that DX11 now launches as intended.

Find out how to use it here:https://t.co/vAspH36oRZ

One user in the thread says that disabling Steam controller settings has eliminated the stutter they were experiencing in Outriders, so that’s something worth trying as well if the effect persists after the update.

Outriders has been Square Enix’s most successful launch on PC, despite server and technical issues on day one. We’ve got a guide to Outlanders classes if you’re still undecided on which path to start out on with your first character.