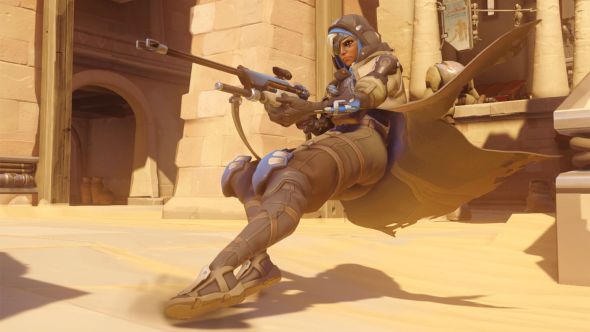 Some older Overwatch skins have been updated with what may be inadvertently-forgotten voice lines, giving them a little more thematic material to work with than they’d had.

Find out how Blizzard combined Left 4 Dead with Overwatch to create Retribution, their best event to date.

Dot Esports noticed that the latest Overwatch patch updates McCree’s Lifeguard skin – which already features a beach ball and flare gun – to use the line “it’s high tide” instead of his standard “it’s high noon” during his ultimate.

Since the skin has him pulling lifeguard duty, he’ll also yell “No runnin’” when he uses his flashbang. That’s one way to enforce safety, we guess.

Corsair Ana, one of the Halloween Terror event skins, has also gotten a new line. She now has a pirate-y “Ahoy matey” to use as a hello emote.

There’s no telling why these voice lines didn’t come with the skins when they came out, but whatever the case, it’s nice to have them now.