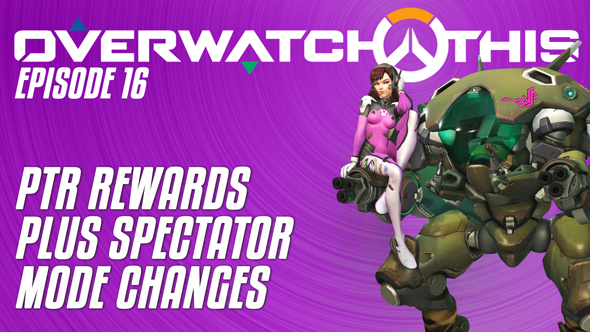 Hot on the heels of Blizzard’s Developer Update video is episode 16 of Overwatch This. There’s hot discussion to be had about Blizzard’s reasoning for the latest wave of buffs and nerfs, plus the idea of PTR rewards to consider. So why not click that ‘play’ button and get started?

Find out everything you need to know about future Overwatch updates in our extensive catalogue.

Stand-in hosts Phil and Matt will guide you through this week’s topics, which we handily run down in bullet-point form below:

Overwatch This is our weekly show, so to keep up-to-date with Blizzard’s FPS do subscribe to the PCGamesN YouTube channel. Remember to click the bell icon too, and you’ll be notified whenever we post a new video. And until next time, good luck and have fun.