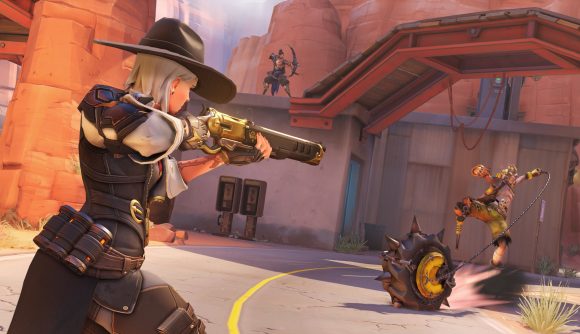 Blizzard has confirmed the departure of three long-time developers from the company amid cancellations of some unannounced projects. The devs left as the studio was re-allocating resources for the imminent reveal of two major sequels.

As reported by Kotaku, Dustin Browder, former director of Heroes of the Storm and lead designer of StarCraft II, Eric Dodds, former director of Hearthstone, and Jason Chayes, former production director of Hearthstone, all left their positions when a Starcraft first-person shooter and a mobile game were scrapped. Blizzard wanted to channel those teams into the development of the much-anticipated Diablo 4 and Overwatch 2, both of which are expected to be announced at this year’s BlizzCon.

In a statement released to Kotaku, a Blizzard spokesperson confirmed the report, saying these creators will always be a part of the publisher’s shared history. “Yes, Eric, Dustin, and Jason made the decision to move on from Blizzard a few months ago. They have been and always will be considered members of the Blizzard family, and we’ve loved working with them over the years,” the spokesperson said. “We wish them the best for the future. That said, we want to make sure it’s clear that development of Blizzard games has always been a collaborative effort between many talented, longstanding teammates here continuing that good work.”

Blizzard has had a tumultous time the last few weeks, to say the least. Since the suspension of Hearthstone player Chung ‘blitzchung’ Ng Wai from the Hearthstone Grandmasters for shouting “liberate Hong Kong” on an official livestream, Blizzard’s public reputation has taken a nose-dive. Players are boycotting the company’s games, and people around the industry have been publicly demonstrating their dismay.

Major events have been cancelled, and things took an even worse turn when Blizzard claimed its action against Ng Wai wasn’t politically motivated, garnering widespread cynicism. While it’s exciting to have another report that we might be seeing Diablo 4 and Overwatch 2 revealed at BlizzCon, along with whatever else is in-store, it’s going to take some time and effort to relieve the skepticism and negative perception this controversy has left, and long-time employees leaving isn’t helping any.

BlizzCon’s opening ceremonies start this Friday, with events and announcement due through-out the weekend.