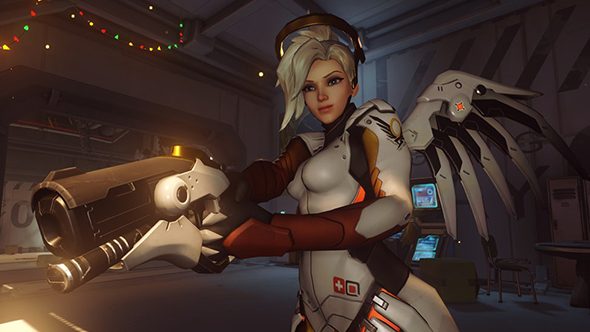 The Overwatch Workshop is letting players tinker with the nuts and bolts of the game, and there are already a ton of fun new player-created game modes to try out. Now there’s a code you can use to switch the game’s camera from first- to third-person, letting you see all your hero’s cool moves in combat.

It works remarkably well, as you can see in the video clip below. Bastion clomps around the Petra map, switching smoothly into turret and tank modes. There are all kinds of details to spot in characters’ animation, as some reddit commenters have pointed out. You can watch how Pharah’s wings tilt and rotate to provide the correct thrust vector, and Hanzo Storm Arrow ability uses a blue spectral arm instead of his physical arm to fire projectiles.

The mode needs a little tweaking to iron out some kinks – for instance, it seems the target reticule is just a bit off from where you’re actually shooting. But it’s still great to be able to see Overwatch’s heroes doing their thing up close and personal – the animations have always been there, of course, but it’s much harder to notice them on another player’s character model.

You Can Now Have A 3rd Person Mode Thanks To The Workshop! from Overwatch

To use the mode, enter the code NVFTS in the Workshop.

The Overwatch Workshop gives players a lot of creative control over the game, so it’ll be interesting to see what else the community comes up with.