With the quasi-sequel just around the corner, that makes PoE 3.9 the last content and expansion and new league until the game is overhauled. Grinding Gear Games announced the Path of Exile 3.9 release date as well as heaps of information about both parts of the expansion: the Conquerors of the Atlas endgame update and the Metamorph challenge league.

While the format is familiar, Grinding Gear Games says the PoE 3.9 update is the biggest of 2019. There are huge map changes, five fresh endgame bosses to battle, and – of course – lots of shiny new loot, including four new item influence types. On top of that, the new Metamorph challenge league will let players collect body part samples from monsters they slay, eventually allowing you to craft your own dream PoE monster by combining five pieces.

Of course this was all overshadowed by the official announcement of Path of Exile 2, but dedicated players will still want to grind through as much new content as possible ahead of the shiny new launch. In order to ensure you know what’s arriving with the PoE 3.9 release date we’ve compiled everything we know about Conquerors of the Atlas and Metamorph challenge league.

Prep your Christmas plans accordingly, as the second this drops you’ll have a hundred or so more hours of endgame to grind through instead of socialising with your family.

Conquerors of the Atlas story

The setup for the new PoE expansion is oddly meta. Effectively, your fellow Exiles have won the war for the Atlas, but are now themselves a threat to Wraeclast. In response, Zana has sealed them away in the Atlas, but while in there the Exiles continue to grow stronger and could potentially return. Specifics are still unknown, but it’s clear that we’ll face those Exiles – who have gone insane from prolonged exposure to the void – at some point in Conquerors of the Atlas. 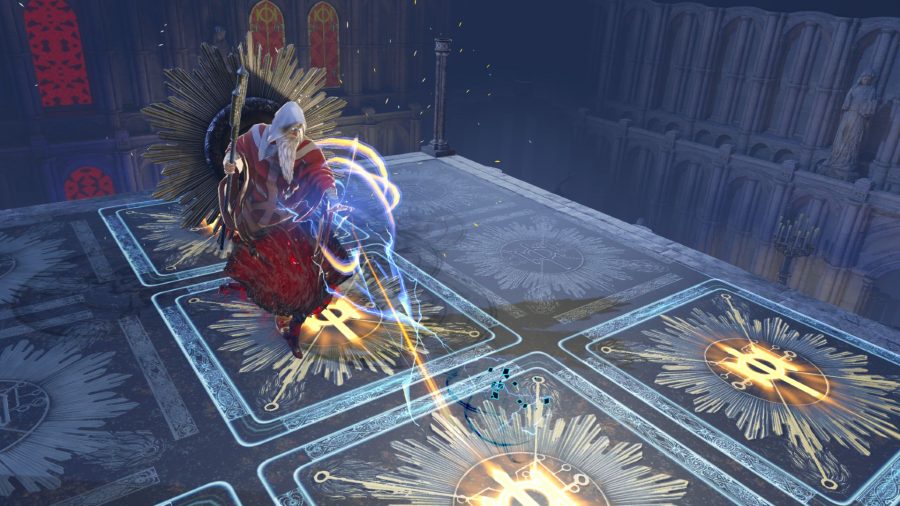 Grinding Gear Games is billing Conquerors of the Atlas as a full endgame expansion, with a new section of story to follow, major changes to the endgame bosses, and some important tweaks to the Atlas itself. Effectively, this expansion is a separate timeline where a different band of Exiles conquered the Atlas and grew mad grinding through its maps for more power – spooky, right? In this alternative world, it’s up to you to deal with the aftermath and mop up those corrupted Exiles. Four of these will be on par with the Elder boss fight, while the fifth replaces the Shifter boss fight.

Related: Here’s what we know about the PoE 2 release date

To do so, you’ll venture into a slightly different form of the Atlas where you’ll start from the centre of the Atlas map rather than at its corners. As you might have guessed, this also means the Zana questline has already been completed, meaning you’ll have a new quest to pursue in the Atlas that’s set immediately after the pursuit of the Shaper and Elder through the Atlas.

In Conquerors of the Atlas there will be eight map zones and you can effectively prestige each one by playing through its maps, tracking down the region’s boss, defeating them, and getting a Watchstone. Socket a Watchtone and you can upgrade regions of the map, which is neat as it means you can upgrade some lower-tier maps beyond their usual level. It’s pretty complicated, so here’s a full breakdown of how the new Atlas will work. 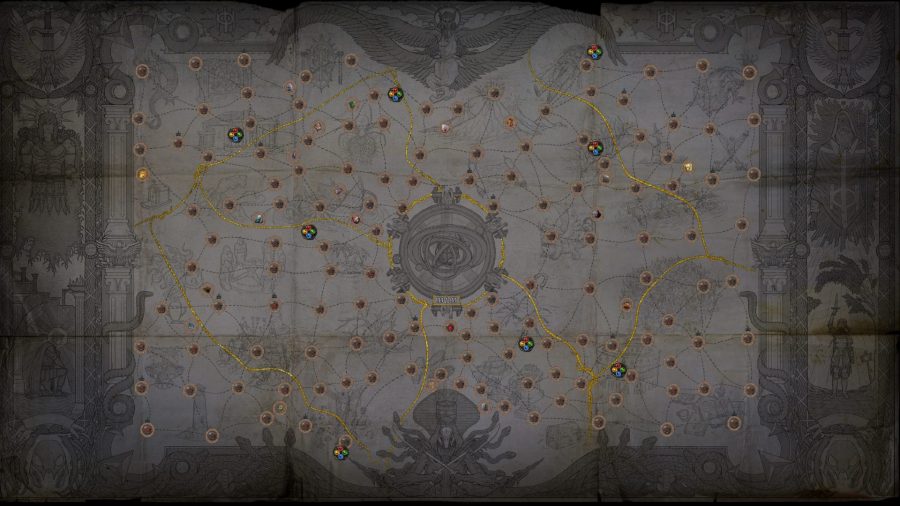 The new endgame bosses also boast a chance to drop new plus versions of support gems. At their very first level they are already more powerful than a level 20 support gem – there are roughly 35 of these to earn throughout Conquerors of the Atlas. We’ve already seen a couple of these, like the Fork Plus Support, which adds an additional fork to projectiles, which basically fills the screen with arrows with a single button press.

What would a new expansion be without some rare new loot to chase? The new endgame mod pool now has a bunch of influenced rare items, granting mods from special pools. You can even fuse two of these items together to create a hybrid with mods from both pools. Plus, with the use of new exalted orbs you can apply some of the new influenced mods to your old gear.

On top of this, the 3.9 update also promises 16 new unique items and 14 new Divination cards. 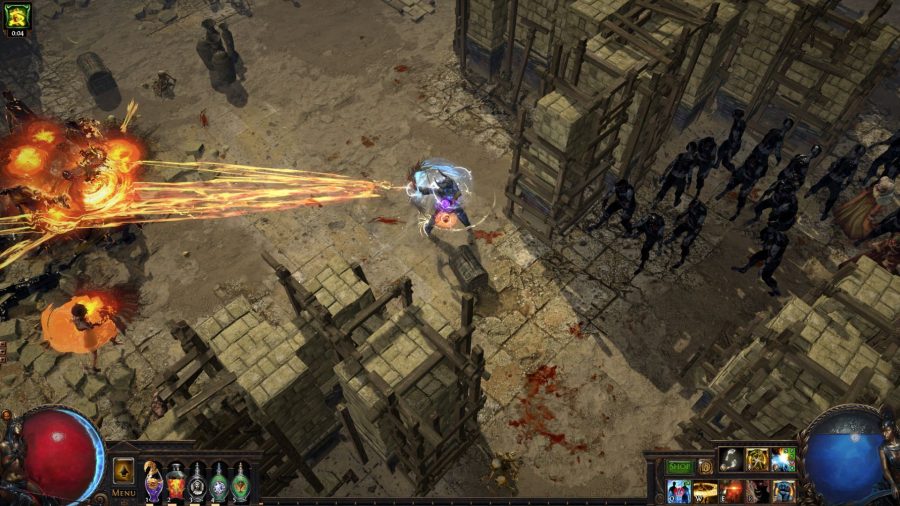 Grinding Gear Games has promised a complete and thorough rework of bows at every stage of Path of Exile. Exact details about these changes are still cagey, but we know that there will be five new bow-related gems, rebalances of all bow skills, buffs to some base bow types, and increased bow damage throughout the progression tree.

There’s a new bow utility skill called Ensnaring Arrow, plus Barrage and Arrow Nova support gems so you can flex your archery prowess in new ways.

Ballistas replace ranged totems in Path of Exile 3.9. With shiny new art and animation models that ensure they actually look like ballistas, the new totems also come with a few new passive skills to boost damage and the number you can have active at any one time. Artillery Ballista and Shrapnel Ballista as new gems, granting ranged builds even more flexibility. 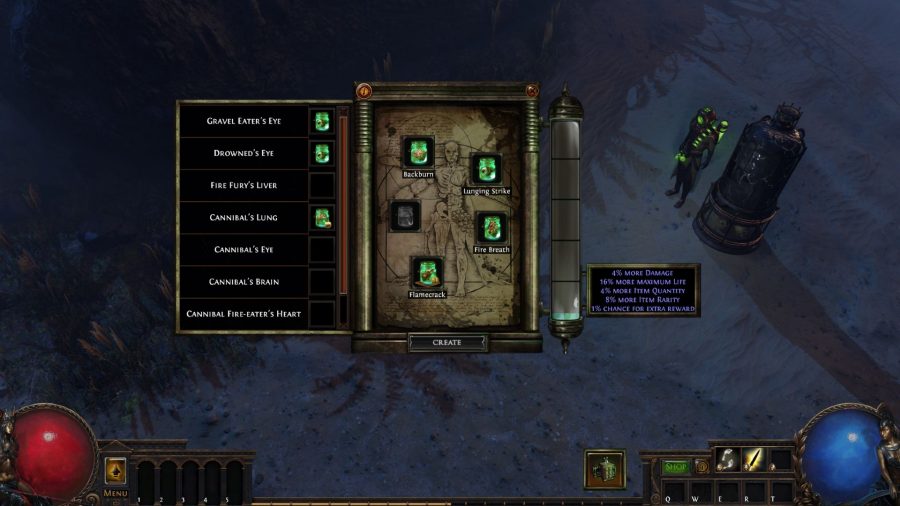 That’s right, in addition to everything above, there’s also a new league called Metamorph. The basic idea of Metamorph is to play Frankenstein by venturing out into the world, dismembering your favourite bosses and combining the limbs to create your dream boss. You’ll meet a new NPC called Tane Octavius who was exiled to Wraeclast for murdering his teacher – we’ve all been there. Octavius is on a mission to learn more about himself and what he terms his ‘intrinsic darkness’ and for whatever reason that means harvesting monster limbs.

Metamore like this: Here are the best RPG games

Wherever you go in the Metamorph league Octavius will collect samples from monsters you have killed. You can then summon Octavius to assemble those monster parts and create a boss for you to battle. Whatever the boss is made of is reflected both in its abilities and its loot table.

Catalysts are a new type of currency item that drops from Metamorph encounters and add quality to jewelry. Each quality relates to a set of mods, so the quality value on an item of jewelry affects the types of related mods on the item – you can consume these to increase the odds of rolling better related mods.