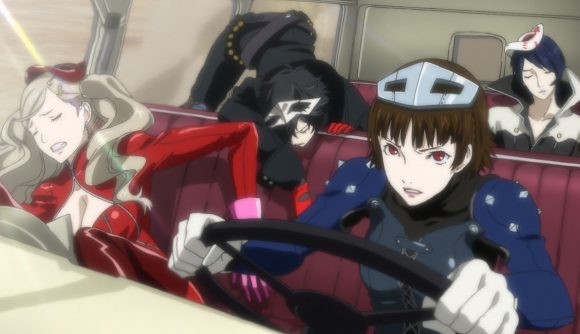 Atlus has a new survey out, asking the usual sorts of questions about what you like to play, where you like to play it, and what sorts of products you’d like to see from the publisher in the future. It also gives you opportunity to do what the forums are calling “port begging” – or in more generous terms, you can make your desire for PC ports known.

The survey – hosted by Atlus USA and thus directed toward US players – asks what games you want to see more content for. The titles range across the Atlus catalogue, from the Persona titles and Shin Megami Tensei proper to more offbeat picks like Growlanser, Etrian Odyssey, and – this one’s exciting to me – Trauma Center.

Whichever titles you express interest in, you’ll be asked what types of content you want. The multiple choice options include PC ports, which the Atlus fanbase has been asking for for quite a while. Catherine PC gave us a taste, and the company has suggested further PC ports are in the cards, though it’s been maddeningly vague about what or when. The survey – noted by Gematsu – is available on Atlus’ official site.

“We hope to have more exciting news to share from Sega/Atlus in regards to publishing on PC in the future,” Sega told PC Gamer around the Catherine port’s release. That sort of boilerplate statement isn’t altogether notable one its own, but it fits a pattern that gives us hope to finally see Persona on PC.

Sega’s been making the same sort of statement regarding Persona on PC for years, but it’s worth noting that at least one of those statements was accompanied by similar interest in porting the Yakuza series – which, of course, finally happened last year. Atlus talked about Persona PC again following actions against a PlayStation 3 emulator. The company even polled Japanese fans about bringing Persona 6 to home computers.