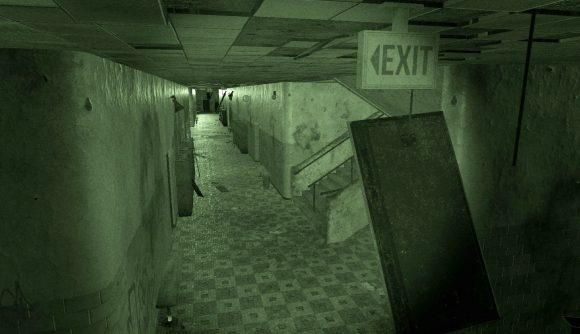 Phasmophobia has been on a roll of late. Thanks in part to exposure from streamers and content creators it has held the top spot on Steam’s global weekly top sellers list for the past three weeks in a row.

Given its spooky nature, a new update, and people social distancing indoors, everything was set up for the VR game to do particularly well on Halloween, and so it did. Checking SteamDB reveals that 112,717 people played Phasmophobia at its peak on pumpkin day, which is a new high for the game.

The occasion helped no doubt, but it’s been holding firm enough since. Last night it peaked at 96,765 players, which is still a fair bit above the days leading up to Halloween. If you’re a wuss like me and haven’t played it, it’s a four-player online co-op psychological horror game that tasks you with pulling together your ghost hunting equipment and giving a haunted house a shakedown – good luck with that. The indie game is currently in Early Access and is being put together by one person – making all the success all the more impressive.

The ghost game is currently 10% off on Steam if you’re keen to give it a go.

If you’d like some material to help you in your ghost-busting endeavours then our ghosts, ouija board, and crucifix guides should help you bust any spectral menace that appears.