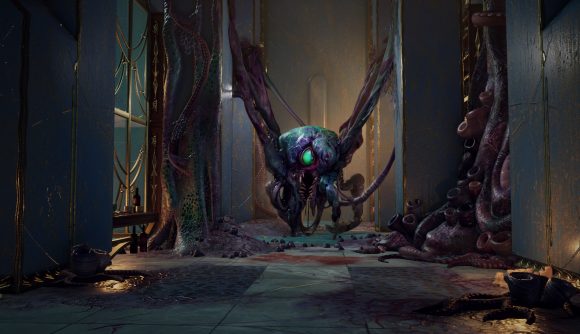 The recent Kaos Engines expansion was the final piece of add-on DLC for XCOM-style strategy game Phoenix Point, but it didn’t mark the end of the line for new features and updates. Snapshot Games says Steam players can expect official mod support to arrive this summer, along with official Steam Workshop integration.

Modding is already possible in Phoenix Point – there’s a hub over on Nexus Mods that’s got some good ones, in fact. However, modders will have a lot more power to change and add to the game with official tools in hand, which means both the selection and scope of what’s available should grow significantly once they’re released.

“We will share more details about how mods will work in the future, but we wanted to congratulate the modding community for the work they’ve already done and look forward to seeing what other mod creators will do when the official support is released,” Snapshot writes in a recent update. The developers even highlight the Better Classes mod by the Phoenix Rising Team, which reworks and tweaks the skill trees for all seven Phoenix Point classes.

For those of us who prefer playing with mods over creating them, Steam Workshop integration is exciting news, since it allows players to install mods with the click of a single button.

The latest patch for Phoenix Point, Azathoth, updates the game to version 1.14.3. The patch notes have all the details, but it’s primarily aimed at tracking down and fixing a few persistent bugs.