Planet Zoo‘s first piece of paid DLC launches this week, and it’ll add four new animals, two new scenarios, and tons more stuff to place into your animal habitats. The DLC comes out alongside a raft of new features and improvements for existing Planet Zoo players, regardless of whether they purchase the new content pack.

First off, the important news: the new animals. The Arctic Pack adds the arctic wolf (which hunts in packs, as it happens), the polar bear, the reindeer, and the Dall sheep. I had to look up Dall sheep and it turns out they’re much tougher-looking than normal sheep, and they have a pair of heavy metal-looking horns. These are sheep that could beat someone up.

The new scenarios include two new biomes: Tundra features mountains and snow, while the desert is based in Mexico and features an arid, hot climate you’d expect in the desert. Both new scenarios, Frontier says, are arctic themed and challenge players to expand existing zoos while making sure the existing facilities and animals stay well cared-for.

All Planet Zoo players will see some new features arriving in the game when the DLC launches December 17. Frontier will be adding an aging slider, which you can use to slow down animals’ life-cycles. New info is available, from details about an animal’s immediate family in the info panel to new heat maps showing the distributions of crime and inbreeding. Everyone will also be getting more nature assets and enrichment items, plus the usual round of bug fixes and improvements. 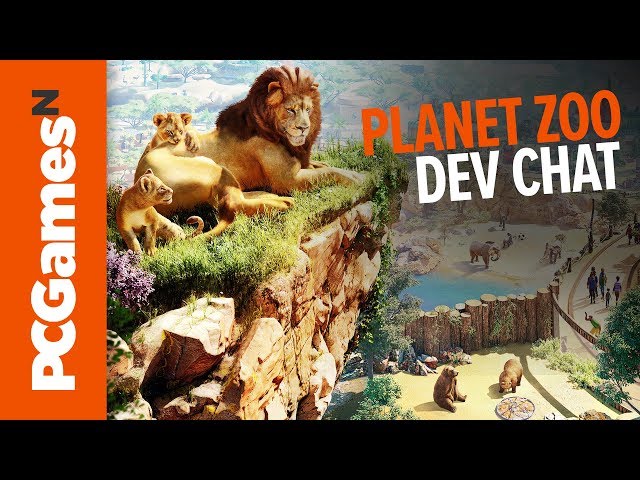 Frontier says, in fact, that elephants in Planet Zoo produced 508,228,063 cubic metres of dung during that period, and the company goes on to point out that if this material was stacked in single cubic-metre cubes, it would be 508,228 kilometres high.

Perhaps as a subtle reminder of the fact that Frontier Developments is also the developer behind Elite Dangerous, the company added that the distance between the earth and the moon is only 384,400 kilometres. Thus, if you wanted to get to the moon using stacked elephant poop, you would definitely die, but you’d also have a lot of elephant poop left over.