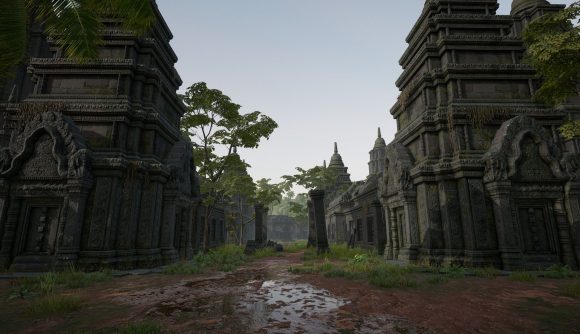 Some leaked upcoming features for PlayerUnknown’s Battlegrounds suggest an experimental new mode is in the pipeline. The multiplayer game could be getting a “tournament-style battle royale” that plays quite differently to a standard round of PUBG.

In a full breakdown on everything known so far about the mode, PUBG-leaks expert PlayerIGN runs through what is currently code-named “Vostok”. A hybrid of FPS games and autobattlers, the structure involves players competing against each other in a series of 1v1 encounters with a set amount of lives, the winner being the last one left. PlayerIGN speculates that Vostok will run on “chances”, meaning you’ll start with three lives, losing one each time you’re killed, and players rotate through one another as more as eliminated until it’s just two.

Currency and a weapons store are involved. Money is rewarded per-round, much like Counter-Strike: Global Offensive, with bonuses if you won, and how well you did it, and the option to upgrade your loadout before each new round starts. PlayerIGN believes a leaked animation from May of this year is linked to the “Deployment Zone” players enter into at the start of each match before being sorted for opening rounds.

The PUBG 8.3 patch notes are already up, and there’s no sign of a new mode, so this might be a ways off still. In a previous video, PlayerIGN suggests that it might be mid-8.3, or Season 9, before Vostok gets properly revealed and starts public testing.

Everything known about Vostok so far can be viewed here:

In other PUBG development news, the team is working on adding Ranked Solos. We have a PUBG weapons guide if you want to make sure you’re always bringing home the chicken dinners, from Vostok or anywhere else.