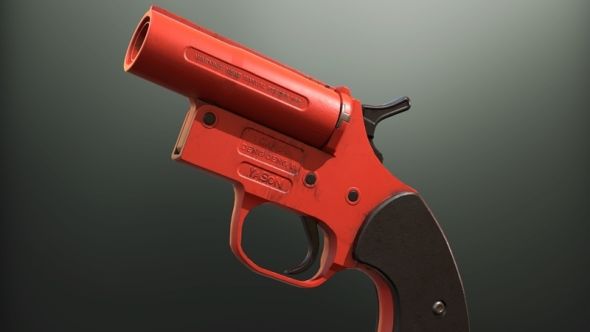 PlayerUnknown’s Battlegrounds looks to be getting a new weapon. At the bottom of the new Event Mode  announcement, PUBG Corp revealed that a flare gun will be being added to the game.

PUBG vs Fortnite – which is better?

The team had little to say about the new gun at this point, saying that the announcement was only intended as a reveal, but also refer to it as a new “feature,” rather than explicitly referring to it as a weapon. That makes some degree of sense, as it’s fair to say that flare guns weren’t inherently designed with combat in mind, and would be far from even the most powerful one-handed weapon in the game. It could be that popping a flare drops some sort of resource pack, but that’s pure speculation.

It’s been a long time since the last addition of this kind to PUBG – the AUG was the last new weapon to make its way to the game, all the way back in November (although the desert map did admittedly release with the 1.0 launch). While there have been other updates since then, many of them have focused on quality-of-life and anti-cheat measures, rather than adding any new content.

PUBG Corp say that once the new iteration’s test build “is in a stable state,” they’ll move it to live, but offer no timeframe for that. We should see a new roadmap for the game soon, however, which will offer details of the game’s third map.