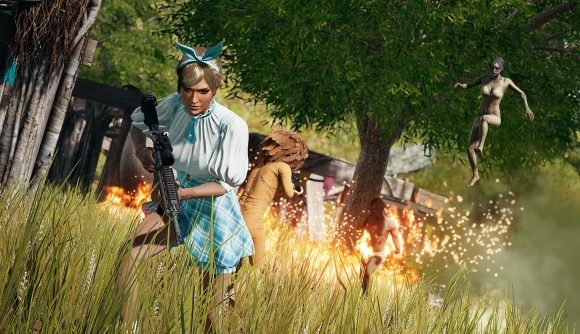 A client update for the PC version of PlayerUnknown’s Battlegrounds left a number of players scratching their heads when they discovered they had been banned from the battle royale game. It turns out that a bug in the update process had caused the bans, and the developer says it’s working to reverse the effects.

“Earlier today some players were impacted by incorrect bans caused by a file validation error after a client update,” Krafton explained in a tweet to the official PUBG account today. “The error which caused these bans has been identified and resolved.” About 90 minutes later, the company tweeted that all of the incorrect bans had been reversed.

Of course, simply reversing a ban doesn’t fix the problem – players’ reputation scores were impacted as well, and it took Krafton another several hours to restore the accounts to their pre-ban reputation levels. The developer says it has granted every player struck by the incorrect ban and reputation score hit a free 5 Levels Survivor Pass Coupon.

[PC] Players impacted by an incorrect set of bans issued earlier today have now had their Reputation Score restored to the correct level and have also been granted a 5 Levels Survivor Pass Coupon.https://t.co/PclfpvWN01

That’s a somewhat tricky reward to claim, seeing as Season 10 ends today, and Season 11 begins March 31, but without an attached Survivor Pass. Those will now be running on their own schedule, separate from the seasonal schedule. You’ve got a grace period up until the beginning of Season 11 to claim any rewards in the Season 10 Survivor pass, although the coupon may be valid for rewards in the next Survivor Pass, whenever that arrives.