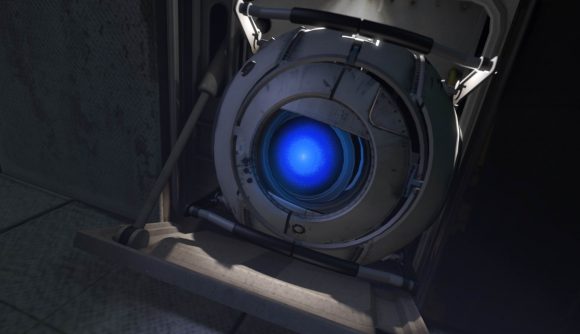 It appears as though Jay Pinkerton has returned to Valve after spending a year away from the company. Some sharp-eyed redditors and Twitter users noticed that his name was back on Valve’s ‘People’ page earlier this week.

Pinkerton indicated that he left his writing job at Valve last June, following a raft of departures by long-time Valve writers like Marc Laidlaw and Eric Wolpaw. Pinkerton had worked with Valve since 2008, co-writing Portal 2 and contributing work to Counter-Strike: Global Offensive, both Left 4 Dead titles, and the Team Fortress 2 comics series.

Before joining Valve, Pinkerton had worked on the relaunch of Cracked.com, and as managing editor of the National Lampoon.

His profile on Valve’s People page doesn’t make mention of his 13-month sabbatical from the company, but it’s worth noting that his name now appears under the vague ‘Other Experts’ heading instead of ‘Writing.’ ‘Other Experts’ happens to be where Valve co-founder and president Gabe Newell’s name appears.

It’s not clear what Pinkerton’s return to Valve signifies, and Pinkerton himself hasn’t commented publicly. He hasn’t used his public Twitter account since prior to his departure last year.

However, we do know that Valve is hiring on talent in a renewed push to publish games. The company also acquired Firewatch studio Campo Santo in April, and Valve has said that it has several “top secret” games in development now, including several VR titles.

It appears that Jay Pinkerton is back at Valve, after previously signalling in June 2017 on Facebook that he left (which @ValveTime picked up on). His name now appears on Valve's people page. https://t.co/qJzhkEcufA

So far, we know the most about Artifact, the digital card game based on the lore of Dota 2. Pinkerton could be working on any or all of these projects, as Valve is known for its horizontal, ‘boss-free’ company structure.