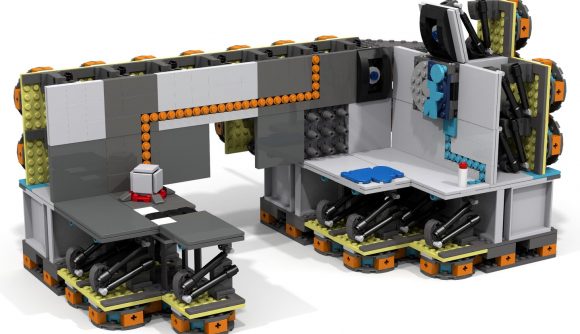 Lego has been doing some impressive work with crossovers in the past several years, notably with its lines of Star Wars and Minecraft themed sets. Now, a pair of amateur Lego designers is seeking support for their Lego Portal concept that features working modular test chamber walls that you can use to create countless devious configurations.

A team called DosBrosComiX has a detailed plan for a kit called the Modular Portal Testing Chamber on the Lego Ideas site, which is running a competition for aspiring Lego designers to get their concepts reviewed by real Lego experts and potentially turned into official sets. The Portal concept DosBrosComiX has created is impressive, and it’s all based on a modular system of interlocking wall panels that can be posed and altered on the fly.

Each square of wall and flooring in the concept set is mounted on a set of pistons, which in turn are attached to a base unit that can lock laterally into an identical base unit. The pistons allow the floor or wall surface to move around in seven rotational axes to form ramps, obstacles, or ledges.

This video from the creators demonstrates the basics of the piston system: 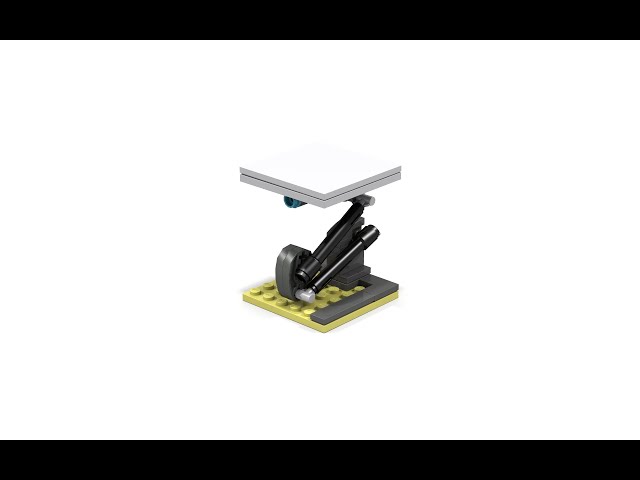 Of course, the designers have also created special panels for the kinds of obstacles and hazards you normally find in a Portal test chamber, such as the Aerial Faith Plate, and a working door unit that slides open side to side.

Using these individual square plates, you can set up rooms in just about any layout you can dream up – you’re only limited by the number of base units you have available. Rooms can be any rectangular shape, and there are even designs for turrets, buttons, and gel surfaces included in the design.

You can support the project for free by heading to its page on the Lego Ideas site and clicking ‘support.’ As of this writing, the project has 4,635 supporters, and needs to hit 5,000 to reach its next milestone on the road to getting an expert review.

When the creators reach 10,000 supporters, they’ll be able to start singing “this was a triumph” themselves. Here’s hoping this project keeps moving forward – it’s the best Lego-Portal crossover we’ve seen since the Portal 2 Lego movie.