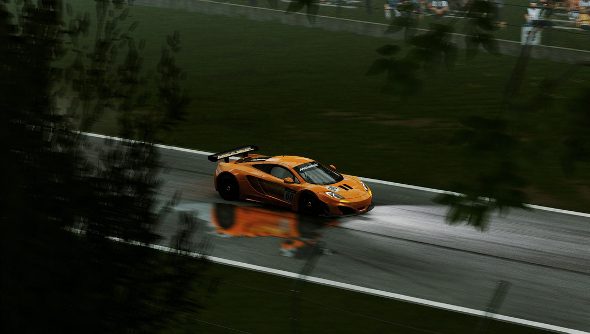 Project CARS is finally out this week. It’s taken years and the goal-posts have moved many times, but Slightly Mad Studios have finally completed the crowd-funded (or Community Assisted) racing game and are releasing it to players on May 7.

They’ve also released this trailer to show you what it’s all about, and what you get inside the tin.

Karts! 1960s F1 cars! Le Mans Prototypes! Sometimes all racing each other on the same track! It’s mass madness, I tell you (okay, nobody put karts out there with cars, but some of the multi-class racing in this trailer is pretty crazy)!

It really is an impressive-sounding game, and from what I’ve seen over the course of its development (I was an early backer just so I could get access to the builds), it delivers on most of the boasts in this trailer.

Check our guide to the best PC racing games.