Earlier this year, PUBG publisher Krafton revealed it was working on a new “multimedia franchise” based on Yeong-do Lee’s The Bird That Drinks Tears, a hugely popular series of Korean fantasy novels. Dubbed Project Windless, the details are a mystery at this time, with the studio revealing little about what form the “franchise” will take – though we can safely assume one item therein will be a videogame.

So let’s go back to those novels. The Bird That Drinks Tears draws on the culture, history, and mythology of South Korea, including powerful spirits called dokkaebi and a language based on early Korean. As such, it’ll offer something very different to many of the triple-A fantasy games we’re used to seeing in western markets, with potential for wholly new storytelling, themes, and adventures.

“A hero that eats his enemy. A sister searching for her beloved brother to kill him. A matriarchal race of reptile people who have their hearts removed to achieve immortality,” concept artist Iain McCaig, who’s worked on Star Wars and Avengers: Endgame, says when asked what makes the books so special. “And that’s just the tip of the iceberg of this gob smacking saga. Need I say more?”

For art director Son Kwangjae, the novelty of the books’ universe is similarly key to their appeal. “The biggest charm of [Yeong-do Lee’s] works, especially The Bird That Drinks Tears [and subsequent series set in the same universe, The Bird That Drinks Blood] is that everything is novel,” he tells us. “There are races where chicken and snake are humanised, not to mention the monsters in Korean folklore. Lee Yeong-do’s stories introduce a diverse element of novelty and each element organically interacts creating a unique world. 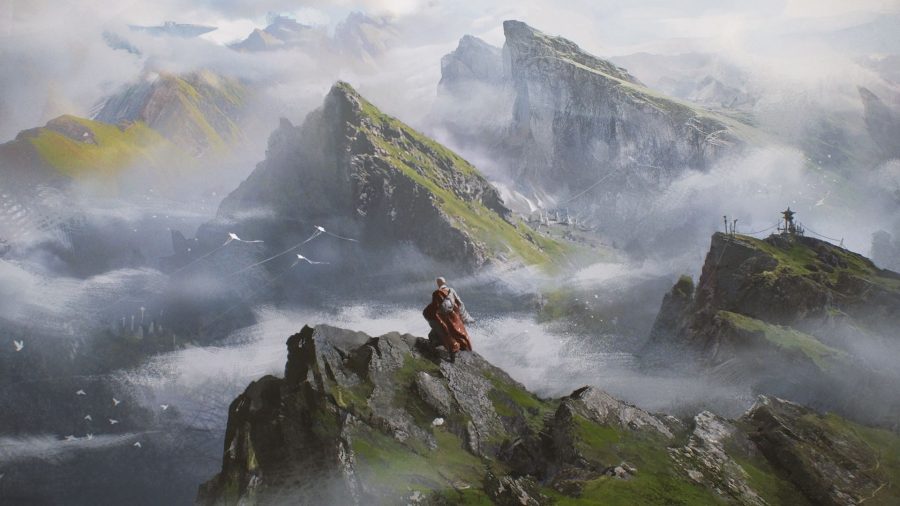 “The beauty of this book is that it tells stories with contradictions and paradoxes. The greatest beings leave their ugliest traces, and those that you truly loved betray you. These extreme pieces of the story throw questions to the readers. I think the theme also changes according to the values of each reader.”

McCaig tells us that he “love[s] that this story is full of monsters and nightmarish things, and that half the time those are the good guys. It’s brutal and dark and slapstick and absurd and really, really smart. Finding an art style that can do all those things justice is a challenge, because the author’s tone is so original.”

Son concurs, offering as example the books’ take on the Naga – a mythological serpentine race originating in India. In the books, they live in a gigantic forest called Kiboren, and “take their hearts out during their coming-of-age ceremonies and store them in the city’s central tower,” Son explains. “In doing so, they can gain near-immortal regeneration.” 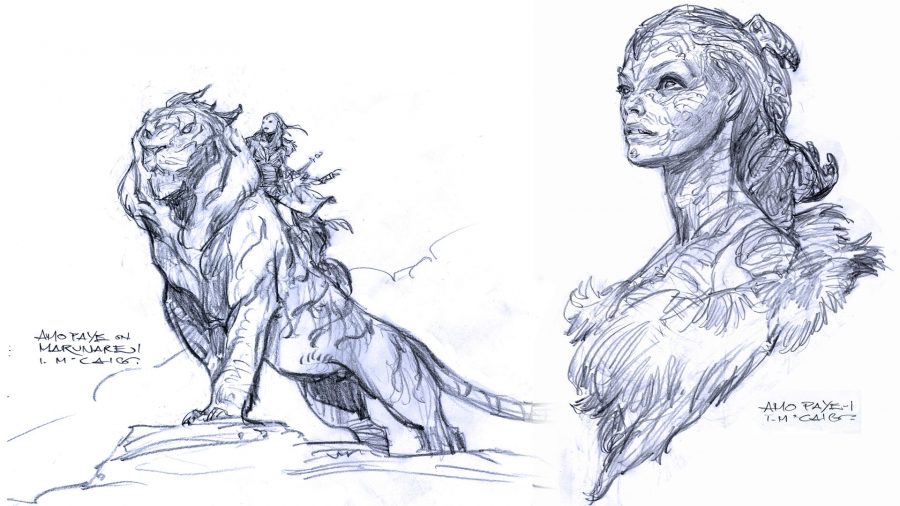 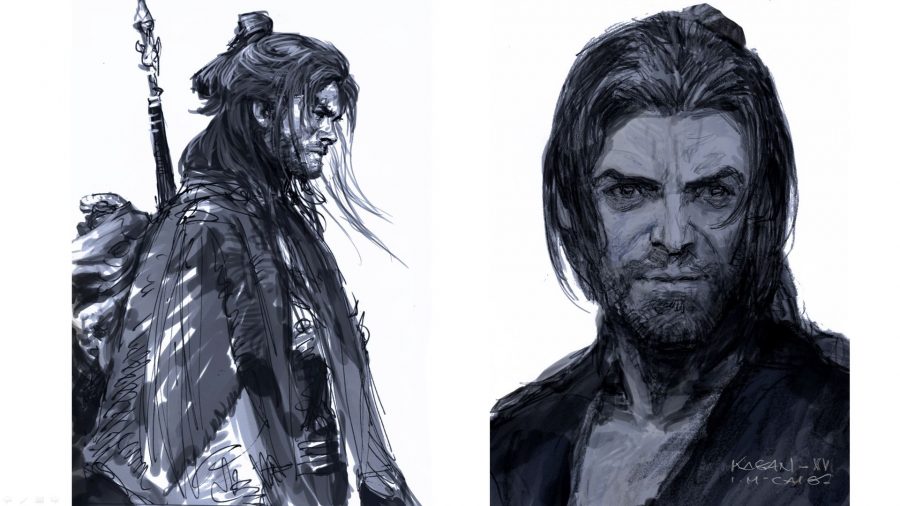 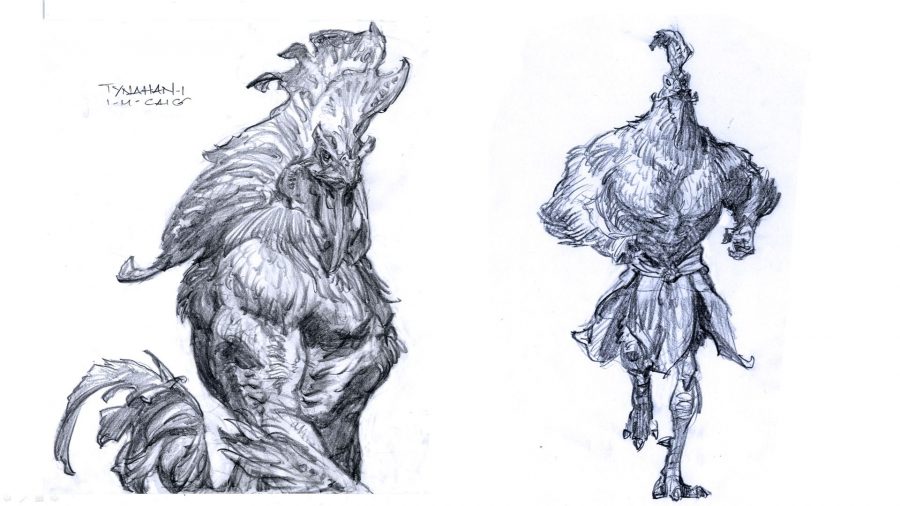 From the project’s artwork shared with us (above and below), a sense of these beautiful, nightmarish, and fantastical elements does seem to come through, with concepts for its places, people, and mythical creatures offering some powerful impressions about what the Project Windless team is envisioning so far.

This story is so unique; it would be a disservice to compare it to anything else

Son also talks to us about the shift from working on multiplayer games to a project such as this – and the freedom that can offer. “I’ve mainly been developing multiplayer games. This genre naturally must deal with the non-linear story of each player, and such a condition works as a constraint in expressing a character-centered narrative. However, this project is free from such restrictions. The goal is to visualise based on the novel. It’s nice to be able to focus on the story and draw freely within that focus.”

From the little that’s been revealed about Project Windless so far, it’s drawn comparisons with another genre giant across both prose fiction and games: The Witcher. However, it seems there aren’t necessarily easy comparisons to be found in its universe, even if The Witcher, in its trajectory from fiction to games and screen, might be something of a “role model” for the studio. “This story is so unique; it would be a disservice to compare it to anything else,” McCaig tells us. Though he adds that “the ‘Korean Witcher’ does sound cool.” 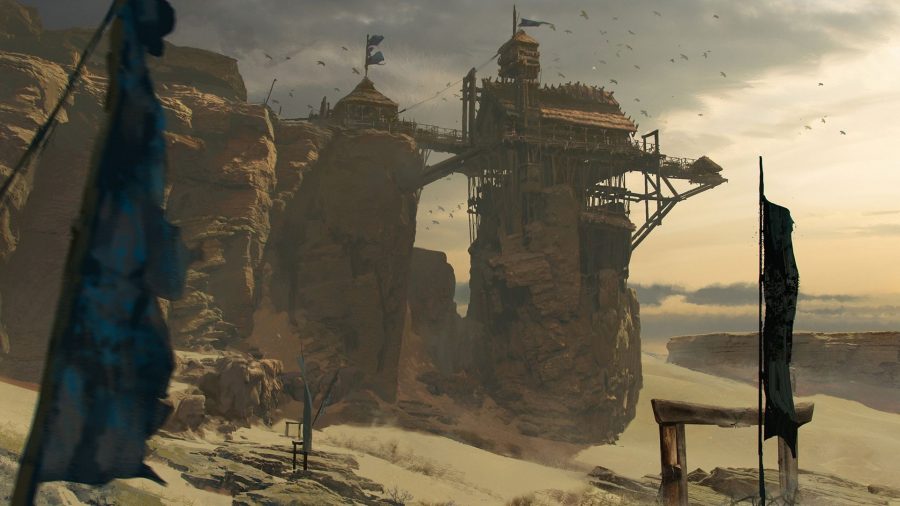 But while the territory that Project Windless claims will be excitingly new, that’s not to say it won’t stand in quality alongside The Witcher – or indeed any other fantasy epic you might care to name, according to Son. “As a fan of this original novel I can confidently say that its universe is as creative and unlimited as the world renown[ed] fantasies such as The Witcher, Game of Thrones, or Lord of the Rings. All the different races, deep stories, background, and themes make the universe really promising.

The Witcher is a good role model for us

“I get amazed at all this again and again even as I work. The videogame of The Witcher was based on the original novel and, ironically, the original novel became better known to the world thanks to the game. And since then, the IP has been produced as a film and has grown into a global IP loved by many. In this respect, The Witcher is a good role model for us. Our goal is similar: to provide originality and quality experiences. Since we are concentrating on the exploration of the original novel, there is no work that we’re particularly inspired by so far.”

We also asked about what it’s been like approaching The Bird That Drinks Tears’ brand of fantasy, and what kinds of exciting opportunities or avenues it’s offered, given more ‘western’ fantasy concepts and themes often tend to dominate mainstream fantasy media, particularly in western markets. “I think you’ll find that a lot of ‘western’ fantasy themes, ideas and characters – dragons in particular – are actually universal archetypes found, in one form or another, in virtually every culture around the world,” McCaig explains. 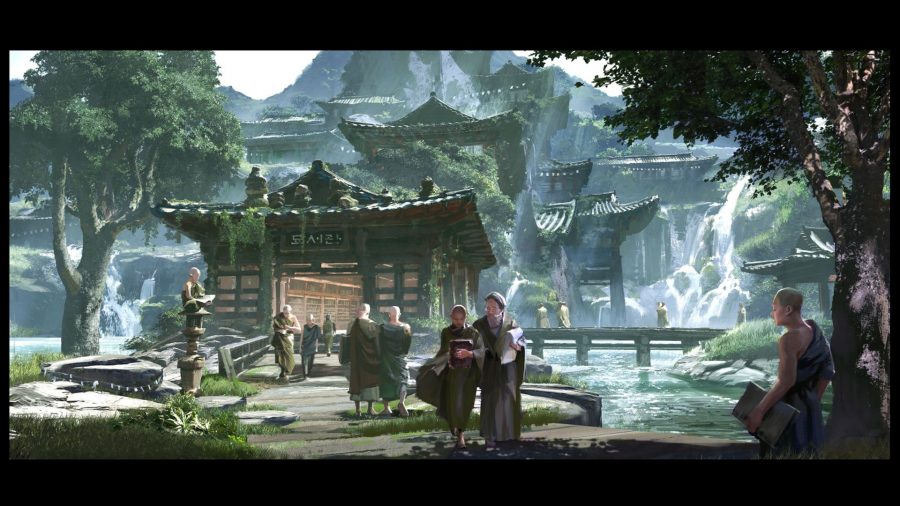 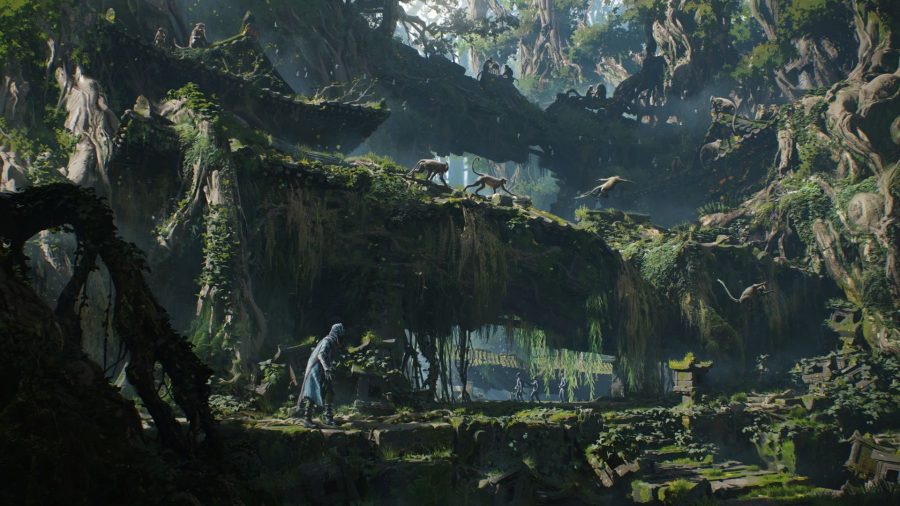 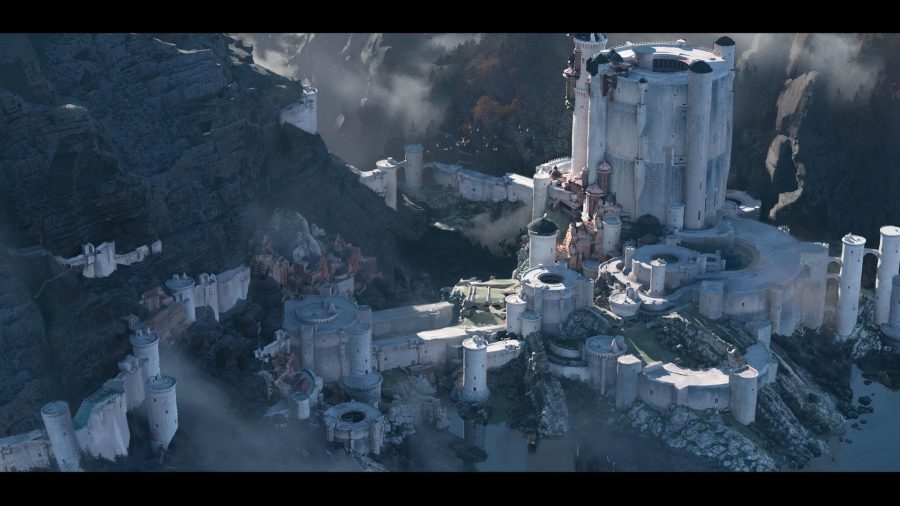 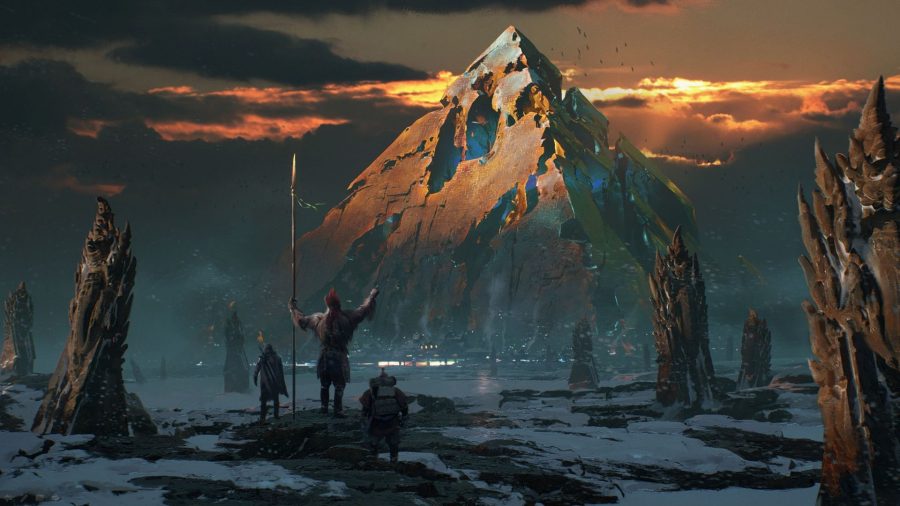 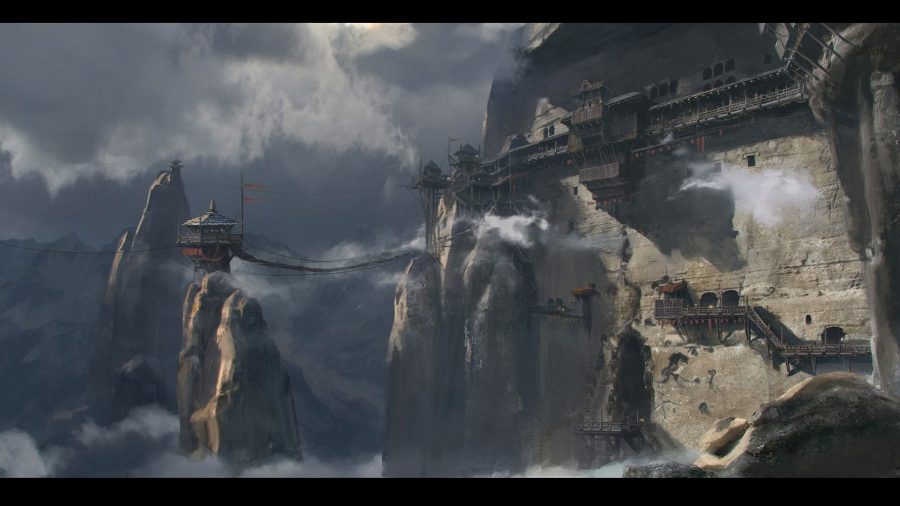 “The Bird That Drinks Tears has a dragon, too, but as with most of the fantasy in the story, author Lee Yeong-do has taken these icons and given them a twist, often with a Korean flavour, that, to my western eyes, feel like I’m seeing them for the very first time. He does that with everything, in fact, from his characters to his philosophies to his style of storytelling. I hope that we are living up to that in visualising his masterpiece. If we are successful, there will be nothing in the world quite like it!”

There will be nothing in the world quite like it

“Contents from famous western fantasies have become the mainstream, and many videogaming firms, including the Korean ones, have been consuming and reproducing them,” Son tells us. “I too participated in a number of those projects, which is why I think many, even those that were born and raised in Korea like myself, have difficulties in creating fantasy using Korean traditional culture. It’s also why we must strive harder.”

Son explains that, to help transform the novels’ fiction into a global IP, the Project Windless team is “considering using ‘Hangeul’ as the common written character in the world of the novel. Hangeul is Korea’s phonetic character system, and people who encounter it for the first time often say that letters like ‘ㅎ’ or ‘ㅅ’ look like a person wearing a hat or the shape of a roof, so they feel the Hangeul [are] fun and cute letters. I think this can contribute to building a unique worldview.”

With Project Windless only recently announced, and still in its conceptual phase, there’s no word on a release date for any of the media stemming from it as yet. For now, though, you can check out our rundown of the upcoming PC games to keep an eye out for on the nearer horizon.