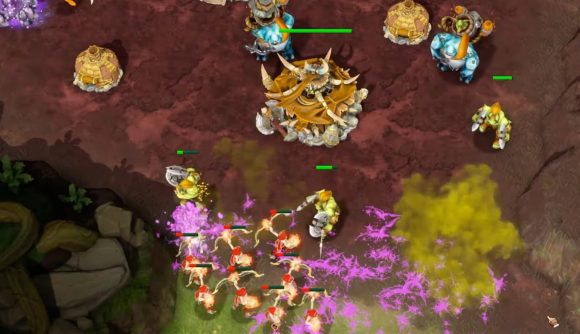 You have a chance to try out an upcoming RTS game that harkens back to the real-time heyday of classics like Warcraft II: Tides of Darkness. In The Purple War, you’ll take command of a race of fantasy combat units, build a town, and wipe out your enemies – or at least try to get some defences up before that early cheese rush arrives.

The Purple War is an obvious homage to the Warcraft RTS games, with an artistic style that draws heavy inspiration from the exaggerated designs of Azeroth. In The Purple War, you have elves, humans, and orcs locked in conflict after the emergence of a strange volcanic mountain that split the land into four segments. That disaster wreaked havoc on the livelihoods of everyone, and now the once-peaceful neighbours are at each other’s throats over the scarce remaining resources.

When The Purple War is ready for release, developer Warlogics says it’ll include campaigns for each race. However, the playtest only features the competitive multiplayer component. The developer says it’s looking for player feedback on unit balancing and ease of use. 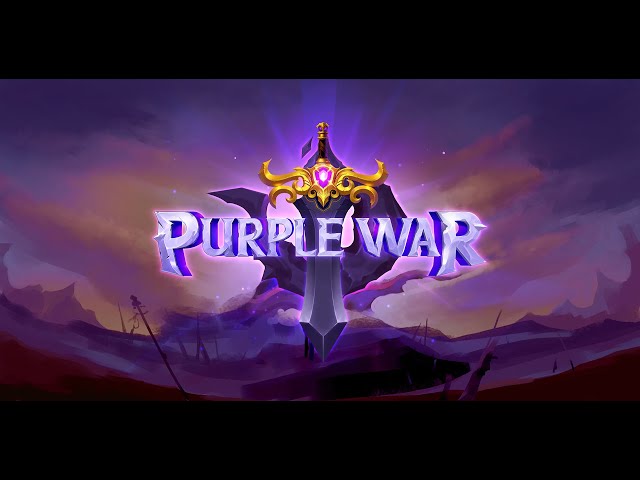 The playtest runs today through May 8. To join, you just have to head over to The Purple War’s Steam page and click the ‘request access’ button located below the Early Access and planned release date panels.

The Purple War will be heading into Early Access soon, and the developers say they plan on a full release approximately six months later.