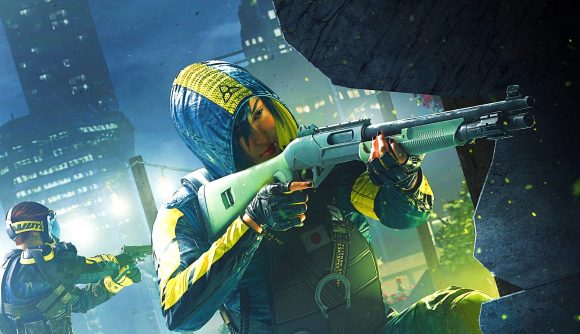 Now that the Rainbow Six Extraction release date is drawing near, you’ll likely be wondering when you’ll be able to pre-download the upcoming PC game and what time you’ll actually get to play it. Long gone are the days of a release time being when your local shop opened, after all.

If you’ve already purchased Ubisoft’s latest game on PC through Ubisoft Connect or the Epic Games Store, the good news is that you’ll be able to pre-load the game now, as Ubisoft enabled downloads on January 17. Simply head to your chosen storefront and the option should be right there.

It’s worth keeping in mind, though, that Ubisoft is holding Rainbow Six Extraction’s Buddy Pass system back for a short period to “ensure a smooth rollout” for all players. If you’ve been out of the loop, the system lets you invite two pals to play 14 days of Rainbow Six Extraction with you for free. “Removing barriers so you can play with friends is very important to us,” the team says on Twitter. “Rest assured, we are dedicated to launching your two friend invites very soon. We will update you further within a few days of the game release on when the free buddy program will be available.”

Ubisoft has confirmed that the Rainbow Six Extraction release time is 12am PST, EST, and CET on January 20. The plan for the new FPS game is to have it launch at midnight local time, so not everyone will be jumping on at the same time, exactly.

If you’re looking for a handy infographic, you can find one below:

Take a look at the official Pre-Load & Launch Times to make sure you're prepared.

If you’re looking for the Rainbow Six Extraction system requirements before launch, you can hit that link.