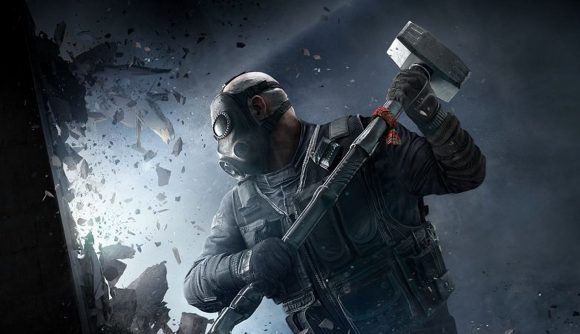 Ubisoft has filed a lawsuit against a group of people who it says operated a DDoS attack website they used against Rainbow Six Siege’s online services. The suit alleges that this group, known as SNG.ONE, provided DDoS services to subscribers that allowed them to interrupt and cancel matches, and in doing so interfered with the normal operation of Siege.

DDoS attacks have been a problem in Siege for a while now. Cheaters worked out that they could force players to quit matches by introducing massive lag spikes, which allowed the cheaters to avoid chalking a loss. Ubisoft introduced new measures to counteract the DDoS tactics over the past year, and it says incidents are down 93% since these were implemented along with frequent ban waves for players caught using them.

The suit, filed in the Central District of California and obtained by Polygon, lists 14 people as defendants, along with their company, SNG.ONE, which it refers to as an “entity of unknown form.” Ten of the defendants are unnamed “Does.” The named defendants reside in several countries: two are based in Germany, another in Nigera, and one lives in the Netherlands.

“DDoS attacks are a highly disruptive weapon used by unscrupulous players of multiplayer games such as [Rainbow Six Siege] to cheat in the game, harass others, or simply poison the online environment,” Ubisoft’s attorney’s write in the suit. “In some cases, players wishing to gain an unfair advantage in R6S will engage in DDoS attacks on the R6S servers in order to create server ‘lag’ – that is, a slowdown in communication between the player’s personal computer and the multiplayer server.”

Ubisoft alleges that SNG.ONE allowed players to purchase subscriptions of up to 270 Euros for lifetime access to its premium “services,” and even offered customer service and support through the site.

The suit does not specify a particular sum of money that Ubisoft is seeking in the suit, but says that the company should be entitled to “all unlawful proceeds” from the illegal business, all attorneys’ and investigatory fees, plus “exemplary and punitive damages” against the defendants under the California penal code for computer fraud.

SNG.ONE did not respond to Polygon’s request for comment on the issue, and the website and social media accounts associated with the company have been purged.