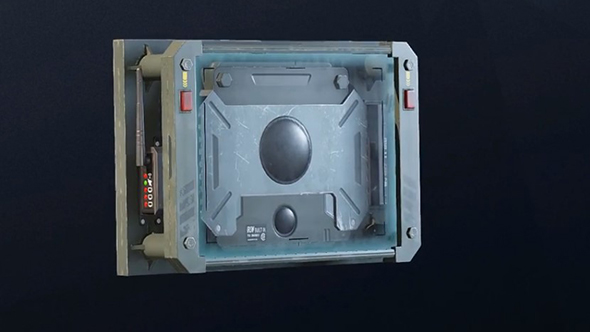 The new Rainbow Six Siege test server went live earlier today, bringing with it some changes we’d been waiting for, as well as stuff announced just yesterday. One of the big questions was how the new bulletproof cameras would factor in, and Jordan, our resident Siege expert, has dived in and reported back with some more detailed info.

Up your game with the best Rainbow Six Siege operators.

These cameras aren’t invincible. They have a bulletproof plate on the front that protects them from distant gunfire, but shots to the small gaps on the side can destroy. It’s also vulnerable to melee strikes, so it can pretty easily be destroyed at close range.

The camera can be equipped by Mute, Frost, Castle, Doc, Caveira, and Vigil, and is placed rather than thrown. It provides only a fixed perspective with no panning, but it does have IR vision, which should make it a solid counter to enemy smoke.

The new Rainbow Six Siege TTS has just gone live, bringing with it some substantial new balance changes and gameplay features for the shooter.

The Test Server with the Lion balance changes, Pick and Ban, and more will be going live today at 1:00pm EDT / 17:00 UTC.

To find out all that’s included, please see our blog here >https://t.co/Nrq01QLZjN

You can check out further details below, but in short you’ve got Lion nerfs, the Pick and Ban phase, dropshotting fixes, speed balancing, bulletproof cameras, and an extra Yokai drone for Echo. None of those changes are guaranteed to go live, but they offer a good preview of where the team at Ubisoft are looking next.

Original story, April 25:We knew a new update for the Rainbow Six Siege test server was soon to be deployed, and now Ubisoft have providedfar more detailon what to expect from the next set of changes. Biggest of all is the addition of bulletproof cameras, but there’s plenty more – like Operator speed tweaks, and a major buff to Echo, along with details on known changes like Pick and Ban or dropshotting.

Ubisoft say that “some of our Operators will receive a deployable bulletproof camera to as a secondary gadget.” They’ve provided no further details than that, leaving us to speculate on who’s getting the cams and how it’ll affect Valkyrie in the meta going forward.

The speed differential between Operators will be decreased, with one speed characters moving slightly faster and three speed going slightly slower. There will also be a “small increase” to speed with a handgun out, and no penalties to Operators with shields on their back.

Echo’s getting buffed with a second Yokai drone, and the recharge rate of his gadget will be adjusted. Ubisoft say “the goal is to encourage him to take more risks throughout the round.”

This update also introduces the Pick and Ban phase, which is available for testing in custom games. Ubisoft are seeking out “feedback on the UI and overall player experience” for this option. This update also makes some tweaks to the weapon sight misalignment changes, and makes the dropshotting fixes official.

All that, plus the 1.2 balance changes including those Lion nerfs when the the TTS patch goes live today. You can get far more details on those balance changes here, but the big one is that once detected players can stop moving to make their outline disappear, adding more counter operions against Lion’s ability.