The biggest event in the Rainbow Six Siege calendar, The Six Invitational 2018, is in full swing. If you are not clued up on the game’s Pro League scene then think of this as Siege’s world cup. It sees 16 teams from around the world competing across six days of competition for the biggest prize pool in Rainbow Six Pro League history. On top of that, the Six Invitational 2018 will host reveals for the upcoming Mission Outbreak and Operation Chimera.

Curious about what else is on the horizon for the game? Here’s everything we know about Rainbow Six Siege Year 3.

After the explosion of Rainbow Six Siege’s playerbase during the game’s second year of seasonal updates, it feels as if the tactical shooter is just hitting its stride in terms of popularity. Likewise, Pro League has been quietly picking up traction over the past year, with some of the biggest esports organisations such FaZe and Team Liquid acquiring rosters since the Year 2 Season 3 Finals.

So, even if you only have a passing interest in Rainbow Six Siege and its competitive scene, here are eight very good reasons you should tune into the Six Invitational 2018.

The perfect mix of individual skill and team strategy 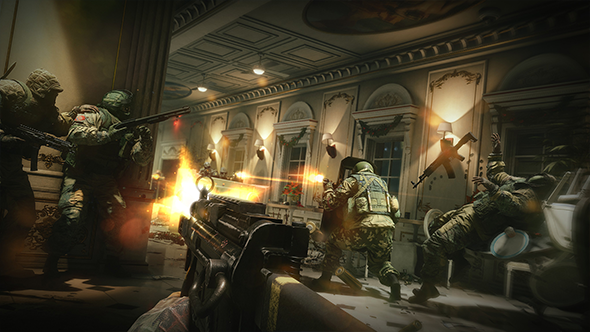 What makes Siege different from most competitive first-person shooters? Tactics and teamplay matter as much as mechanical skill. The teams in Pro League that do their homework researching and testing new strategies almost always come out on top, while those that rely on hitting every headshot with laser precision often lose out to tactical mishaps and entrenched defenders.

The best teams can do both, of course, and it is the two-fold nature of Rainbow Six Siege’s skill ceiling that makes it such an engrossing game to watch. There are hundreds of ways in which a round can viably play out and rarely does a strategy ever go entirely according to plan. All it takes is a single mechanical misstep or lapse in concentration for a well-rehearsed set of tactics to start unravelling. But when things go wrong, and one team finds themselves a few players down, individual skill comes to the fore – whether contesting what should be unwinnable gunfights or a single player taking on a whole team.

As the Six Invitational 2018 is the biggest Rainbow Six Pro League event of the year, expect to see plenty of new and inventive strategies that these teams have been practicing in private since the last season’s finals. 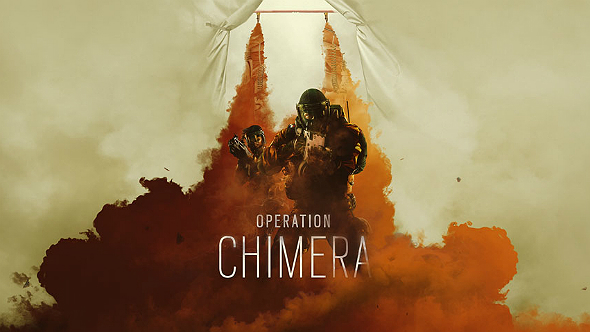 Whether or not you have any interest in Rainbow Six Pro League, the Six Invitational 2018 will be your first chance to see both the upcoming Operation Chimera and Mission Outbreak in action, as well as some hints at what else Year 3 holds in store for players.

If that new content is all you all you are interested in then there are two specific time slots you will want to pay attention to. The first is a full reveal of Operation Chimera, which will drop at 21:45 CET on February 17, 2018 – this slot is 20 minutes long, so expect a thorough rundown of new Rainbow Six Siege operators Lion and Finka, and how their abilities will come into play in multiplayer. The second slot is a reveal for Mission Outbreak, the highly anticipate PvE event with a Left 4 Dead vibe, which you can catch at 19:00 CET on February 18, 2018.

Balk in awe at the best mechanical players in the world

Mechanicals might not be the unique selling point of Rainbow Six Siege’s competitive scene – those plaudits are shared by Quake and CS:GO – but that should not detract from the skill of Rainbow Six Pro League’s finest. It is an absolute joy to watch the top fraggers of each team go to work on the opposition, racking up perfect headshot after perfect headshot, rotating around the map with grace, and challenging multiple angles simultaneously.

Mechanicals take many forms in Siege, though, and so it is not just the headshots that get the crowd roaring. Owing to the huge number of tools available in the game – Nitro Cell charges, frag grenades, drones – there is no shortage of impressive mechanical feats to enjoy, like watching a player kill two enemies after threading a Nitro Cell through a miniscule hole in a wall, or seeing an attacker shoot out some floorboards before dropping a frag grenade into the room below.

Rethink which operators you main 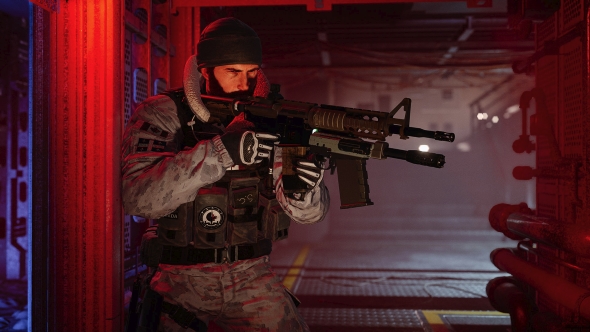 Rainbow Six Pro League is as much a learning resource as it is great entertainment, and seeing which operators the pros use and ignore is indispensable information if you are looking to up your game. It makes sense that the pros pick the best Rainbow Six Siege operators, so if you notice your go-to picks are seeing no usage in the Six Invitational then it might be time to reconsider your favourite operators and how you use their gadgets.

You can play well with any operator, but there are good reasons behind the high pick-rates of certain attacking and defending operators in Rainbow Six Pro League. Ying was ignored by many due to the complexity of her gadget and a subpar LMG, but players in Pro League quickly figured out that by combining her smoke grenades and flash charges she becomes the perfect candidate for planting the defuser. Likewise, you might notice that Buck sees a lot of use in the Six Invitational 2018. Why? His underslung shotgun lets you strip floorboards and ceilings away in seconds, making him one of the best attackers for vertical play.

The Six Invitational 2018 sees the first competitive outing in Rainbow Six Siege for two of the biggest esports organisations in the world, Team Liquid and FaZe. It has taken three years, but Rainbow Six Pro League is finally attracting the attention of the big esports brands, and they hope to mark their introduction by making it to the finals.

We have already seen both FaZe and Team Liquid’s rosters in action in previous seasons under the banner of Team Fontt and MOPA Team respectively, but big organisations bring new practices and ideas, not to mention expectations. All eyes will be on these two rosters throughout the competition. But it is not just what they will add in terms of their game – strong performances, viewer numbers, and new fan bases from FaZe and Team Liquid’s CS:GO and Dota 2 communities could propel Rainbow Six Pro League to new heights.

The rush of a clutch

Fans of competitive CS:GO will be familiar with clutch situations. A clutch, for the uninitiated, is when a lone player wins a round against multiple opponents. A clutch against two enemies is an impressive feat, but Pro League regularly sees clutches against two or three opponents, and occasionally against full teams – known as an ace. Nothing beats these types of victory in competitive gaming.

Siege’s clutches are particularly thrilling thanks to the build up preceding them: 45 seconds of droning and defensive preparation followed by nearly three minutes of one side being whittled down one-by-one until only a single player is left. Snatching victory from the jaws of defeat makes for the best drama, and a Siege clutch does that idiom justice.

Get to grips with the latest meta 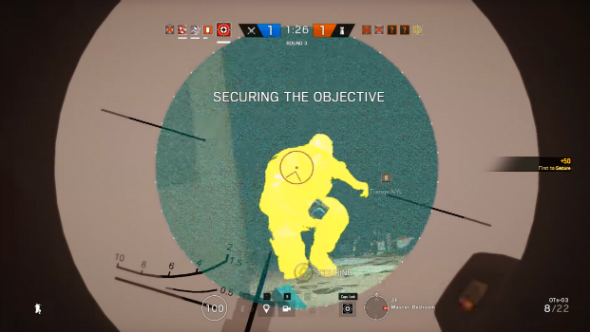 In the Siege community, meta stands for the most effective tactic available. Thanks to the number of operators, a diverse suite of gadgets, destructible maps, and selectable bomb sites, Rainbow Six Pro League has one of the most fluid metas in competitive gaming, and pro players are at the forefront of it. They devise new strategies and team compositions for every new competition and those then trickle down to ranked and eventually casual play.

As the biggest competition in the Pro League calendar, the Six Invitational 2018 offers the best and most up-to-date glimpse at how pro teams are setting up on attack and defense. Whether it is something minor like new Valkyrie camera spots, or new attacking synergies like Glaz, Ying, and Blitz – if you want new ideas then the Six Invitational is where you will find them. 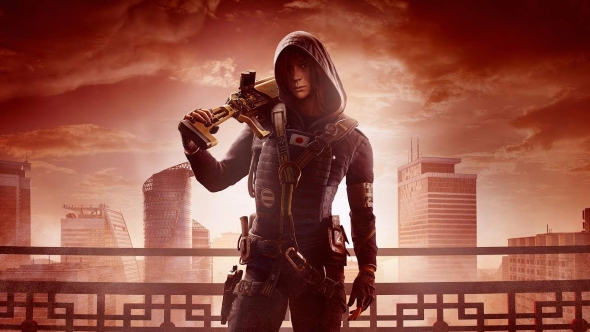 Destruction has long been one of the most interesting and exciting features of Rainbow Six Siege, but is is only in Rainbow Six Pro League and competitions like the Six Invitational that you see just how much can be done with this feature.

On defense, we have seen players use shotguns to carefully shoot a wall out while leaving its timber structure intact so that attackers have no surface to place their breach charges. Defending vertically is another method made possible by destruction, with defenders punching holes above or below a doorway so that they can get the drop on unwitting attackers. Of course, the benefits of destruction go both ways: from Buck’s Skeleton Key shotgun and its ability to tear through walls with a couple of quick blasts, catching defenders off guard; to hard breachers like Hibana who can create sightlines in reinforced walls, dissecting the objective room and making it easier to pick off defenders.

Did we manage to convince you? If so, you can watch the Six Invitational 2018 here.