Want a full rundown of the two Rainbow Six Siege Steel Wave operators, their gadgets, guns, and how they could influence the ranked meta? We’ve tested out both Ace and Melusi and have a full breakdown of all of their weapons and gear so you can get a good idea of who to play as when the Steel Wave release date rolls around later this year.

We’ll start with the basics. Ace is a new Norwegian attacker joining as the game’s fourth hard-breacher while Melusi is a trap-using defender from South Africa. We’ll not dive too deep into their bios, but Ace’s name is Håvard “Ace” Haugland and before joining Rainbow Six he was in the Norwegian Home Guard and Forsvarets Spesialkommando where he took part in a number of search and rescue operations. Thandiwe “Melusi” Ndlovu, on the other hand, plied her trade in the army before moving to the Hluhluwe–Imfolozi Park to patrol and protect against poachers.

Below we’ll post their full loadouts, their main gadgets, and more helpful information about each of the Steel Wave operators. 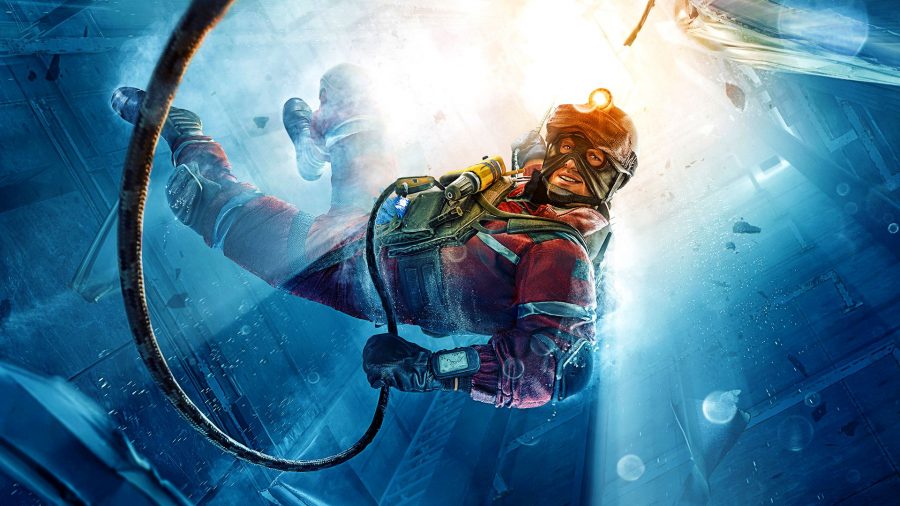 Ace is a two-speed, two-armour attacker whose primary gadget is the S.E.L.M.A. Ace carries three of these throwable breaching gadgets and each one has the potential to make a walkable entry point in a reinforced wall. These devices explode sequentially and the breaches occur from top to bottom – so if you throw a S.E.L.M.A. near the top of a wall then after three explosions it should be at the bottom of the wall.

As gravity causes the devices to unravel between sequential breaches, you’ll need two charges to get through a reinforced hatch.

Naturally, these can be shot, destroyed by electrical gadgets, Impact tricked, and paused by Mute. The full breach time is 12 seconds, so you’ll need to deal with Bandit and Kaid first if you want to get through a key wall with these. Unlike Hibana and Thermite, these throwable gadgets can also be plucked out of the air by Jager or Wamai, so there are a few more gadgets to worry about before deploying these.

Interestingly, the S.E.L.M.A. will destroy any defender gadget in its deployment radius, so Ace does add some extra utility clear for the attacking team.

Melusi is a three-speed, one-armour defender whose primary gadget is the Banshee. She carries three of these traps and can place them on walls and floors. The Banshee activates when an attacker enters its area of effect, at which point the device emits a loud buzzing sound that slows the attacker’s movement speed. The effect intensifies as the attacker approaches the Banshee, at which point it will be like they’re walking through Barbed Wire.

The Banshee is bulletproof, so it can only be destroyed remotely with grenades – a Jager or Wamai can give it protection against Ash, Zofia and other grenadier ops. Any melee strike will destroy it, while Twitch and Thatcher can disable it with their gadgets. Finally, Finka can simply boost her team and you can all move past the obstacle with ease thanks to the speed buff.

For the defending team these gadgets provide a lot of extra utility to those around her, not only as an alarm system for the site, but also for her fellow trappers to exploit. Smoke and Maestro are particularly strong when working with a Melusi as attackers will take longer to escape deadly poison and Evil Eye attacks. Nitro Cells are more useful as well, as you can get a precise audio cue for when to throw them and the target cannot escape as easily. Finally, pair the devices with a Clash and you get a super-slowing effect and damage over time from the CCE shield. Even an operator like Mira benefits as they peak more effectively against a slowed target.