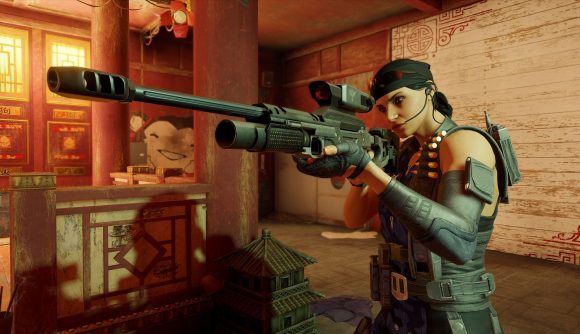 Ubisoft’s popular multiplayer game Rainbow Six Siege has gotten an updated code of conduct. The refreshed code of conduct establishes a set of “core guidelines” for players to follow while using the game, and for the first time it specifically bans stream sniping.

For the uninitiated, stream sniping is a phenomenon that streamers run into pretty frequently. It’s when viewers watch a live stream in order to gain an advantage over the player who’s streaming. Siege is a game about information, and knowing where someone is located or what they’re saying to their teammates makes it easy to get the upper hand during a match.

Stream sniping is now listed in the ‘Don’ts’ section of the ‘Cheating & Unfair Advantage’ section of the Siege code of conduct, along with buying, making, and using cheats and hacks, and abusing exploits in the game’s code. The new code of conduct also prohibits the use of ‘MMR boosting services’ that promise to raise your competitive rank in Siege, as well as the purchase of accounts or cosmetics from any third-party sellers.

Naturally, the new code of conduct also cautions players against engaging in any form of illegal behaviour, and encourages players to report it if they see it happening. The section titled ‘Toxic Behaviour’ prohibits bullying, harassment, and hate speech, and encourages players not to ‘let your adrenaline do the talking’ when match intensity gets high.

Ubisoft says it will investigate suspected rules breaches and levy sanctions against players who run afoul of them – as has been the case in the past, those can take the form of suspensions or bans at either the game or account level.

Rainbow Six Siege’s player count passed the 60 million mark last year, so any policy change impacts a massive number of people. Hopefully, the new language in the code of conduct will get the message across that stream sniping isn’t worth the risk.