Since the G9 captured my heart I’ve long been a Logitech mouse man. A Logitech-mouse man, rather than a Logitech mouseman, if you see what I mean. The diminutive G9 gaming mouse seemed like it was purposefully designed, hewn from a lump of pure plastic, specifically for my very own hand. It was like an extension of my own digits… though admittedly nothing could stop me from being resolutely dreadful at Quake IV, the office fragfest of choice back then.

But it was the infinite scroll wheel function that really grabbed me. The chunky wheel was solid and robust, but a click of a gear switch and long, early noughties blogrolls flowed across my screen like the Nile, free and full of promise. And so much raw effluent.

Since then no-one has really challenged Logitech on that innovative wee feature. Maybe no-one is as taken with the free-wheeling scroll wheel as I… The logical Logitech successor to the G9 is the G502 Hero, itself a reimagining of an old favourite, and I’m as enamoured with the tech now as I was then. But Razer’s Basilisk V2 is seriously challenging it in the best gaming mouse stakes, and I may be about to change my rodent of choice.

It’s not quite the same; the new version of the Razer Basilisk, the V2, doesn’t have the same gear switch to shift from tactile, clicky scrolling to complete free-wheeling. Instead it uses an opposing wheel on the underside of the mouse to set resistance however you wish it. If you want the infinite scroll then go for your life, if you want to strain a digit just rolling the damned thing then you can make it that stiff too.

But it’s the subtlety that really works for me. Being able to have the scrollwheel set to just the lightest touch of resistance means that you get the freedom of free-wheeling with the merest hint of a grain to it. It’s just enough that you don’t end up zipping through your weapon inventory at the slightest touch. 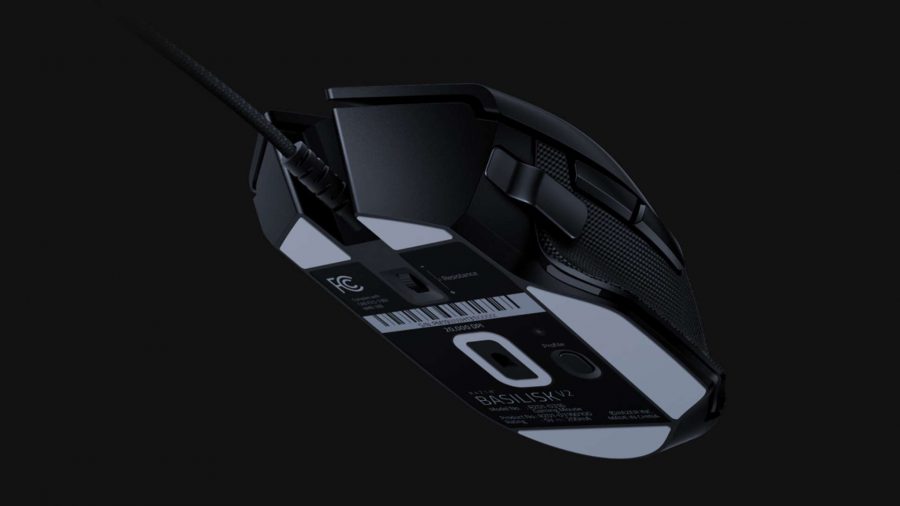 There are other facets to the Razer Basilisk V2 gaming mouse, but that’s the thing which stood out to me switching from the also-excellent Razer DeathAdder V2 to this similarly specced cousin. Razer’s gaming mice have been going from strength-to-seriously-damned-good recently, and the V2 rodents are some of the best I’ve ever seen from the green team.

The Razer Basilisk V2 uses the same optical mouse switches as the DeathAdder V2, which gives it a level of in-game responsiveness that’s tough to match. Paired with those optical switches is the Razer Focus+ optical sensor, capable of tracking up to a heady, and honestly unwieldy, 20,000DPI.

If you can game successfully at that sensitivity then I applaud you, good people. 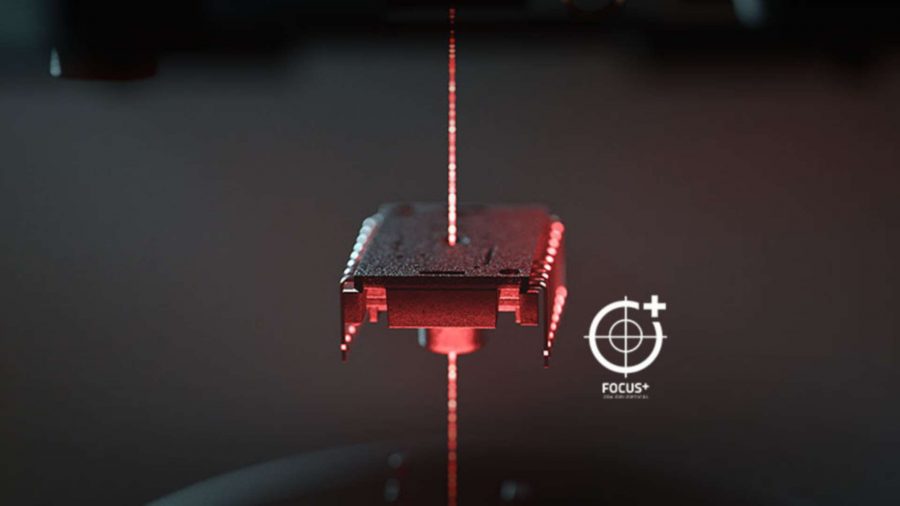 The Basilisk V2 does though come with more programmable buttons than the DeathAdder V2 and one of those is a super-satisfying, removable paddle switch that sits by the tip of your thumb. It’s initially configured as a sensitivity clutch, instantly dropping you down to 800DPI while its depressed. A sniper mode, if you will.

But, like all but the LMB, every one of the buttons on the mouse can be configured at will. And if you enable the Hypershift function, a button you hold down as a modifier offering secondary functionality, you can almost double up the available controls at hand via the Basilisk.

Pretty much the only issue I really have with the Razer Basilisk V2, and it’s only a relatively minor thing, is that you don’t get any indication of what your mouse sensitivity is set at without diving back into the Windows desktop.

That’s primarily because of its relatively restrained design – read: it’s not festooned with RGB LEDs. And that design is one of my other favourite things about it so I have a hard time actually giving it any grief for that. 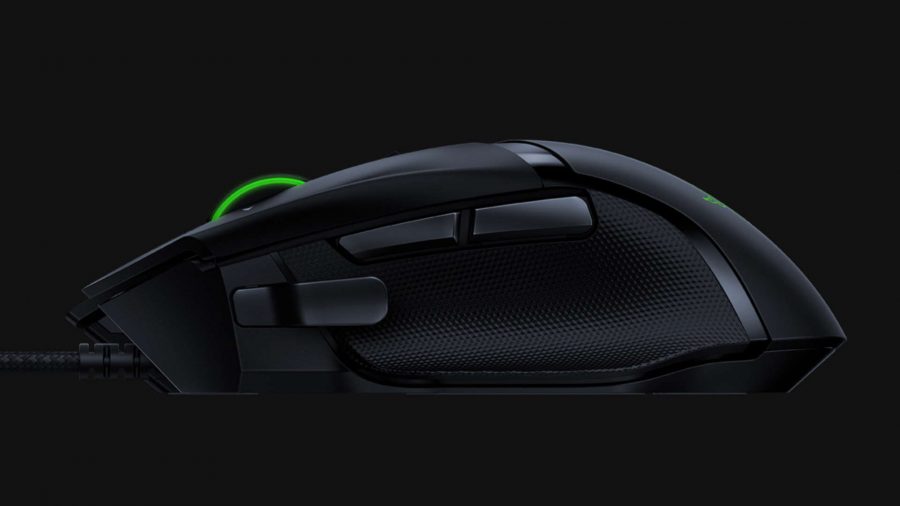 The sweeping curves of the classic Basilisk design feel great in the hand, whether you’re a claw grip gamer, or one of those all-hand, all-the-time palm grip people. And it looks good too. It’s also following the current trend of lightweight gaming mice. It’s not as flyaway as the DeathAdder, but at 92g it’s no heifer either.

The pair of V2 gaming mice from Razer have really clicked with me, and that’s not a pun about the responsive optical mouse buttons either. Because puns are not cool. But of the two, I think the Razer Basilisk V2 just about edges it over the DeathAdder V2 for me. They’re both excellent gaming mice, but the slight extra functionality, and the curvy shape, speak to me more. And then there’s that scroll wheel…

Another fantastic Razer gaming mouse, with a responsiveness, feature set, and more importantly a scrollwheel, that might just pull me away from my beloved Logitech mice.