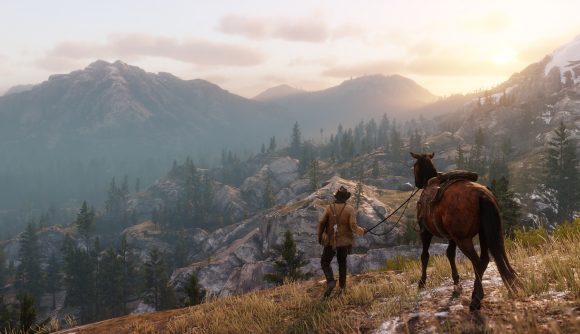 Virtual photography is already a popular trend in Red Dead Redemption 2, and some creators have taken the practice further by making a full on movie in the open-world game.

Ida B. Wells: A Red Record is a film made using in-game footage from the western game, overdubbed by narration that explains the characters and storytelling. The picture, just shy of 40 minutes, tells of the life and times of the titular Ida B. Wells, a journalist and major figure in the civil rights movement known for her work investigating racially motivated lynchings in the American south during the late 1800s.

The movie is named for Wells’ The Red Record, a 100-page document she published in 1895 that discussed the growing use of lynching without trial or fair process on Black people within southern states. The plot, as it were, is a retelling of Wells’ early life, and her putting together The Red Record. Some of the contents therein are quoted verbatim, and at the end you can see people from around the USA reading it, reflecting the piece’s influence in places outside the south.

The production is directed by Harrison Wade Reishman, of ReishmanFilm, and the three voices are Bunmi Famuyiwa, J.R. Starr, and Claudis Bridgforth. On the whole, it’s pretty remarkable. A testament to Reishman’s patience as an editor, and what’s feasible in terms of cinematography.

You can watch it here in full:

In April last year we highlighted photographers who’d taken to Red Dead Redemption 2 to fulfill their need to capture beautiful still images in lockdown. Between them and this film, the creative possibilities continue to grow.