Red Dead Redemption 2 mods are already flooding in thick and fast, even though RDR2 only launched on PC recently, you can already soar like an eagle, strip to your birthday suit, or saunter into camp as pretty much any NPC or animal.

If you’re using mods in Red Dead Redemption 2, it’s worth noting Rockstar’s policy on modding which you’ll see in the Rockstar Launcher – “Use of unofficial modifications to the game is not supported and may result in being banned from online content.” However, in an official statement on the Rockstar support site, they say “Take-Two has agreed that it generally will not take legal action against third-party projects involving Rockstar’s PC games that are single-player, non-commercial, and respect the intellectual property (IP) rights of third parties,” and they go on to say “Take-Two reserves the right to object to any third-party project, or to revise, revoke, and/or withdraw this statement at any time at their own discretion.”

Of course with the launch of the PC version of the game, it was inevitable that we’d experience an influx of weird and wonderful mods. RDR2 mods are currently available on popular modding site Nexus Mods and include graphics enhancing mods, time saving mods, and character customisation mods. Here are all the best RDR2 mods that we’ve seen so far.

If you need one handy place to keep tabs on all your mods, you can head over to Nexus Mods for a manager tool, making it quick and easy to enable or disable your RDR2 mods. 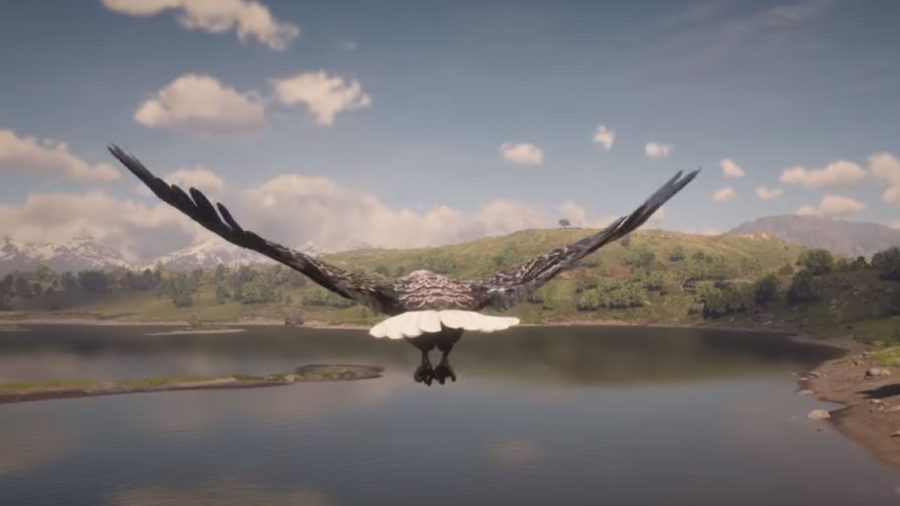 If you think the views are good from down on terra firma, you should see what they look like from up above, skirting between the treetops, floating along the valley, or dipping in and out of towns and villages – you can take to the skies and watch life unfold beneath you with this RDR2 animal and NPC mod. It extends to other animals, too, so it’s just as handy if you want to play as a deer or salmon.

Arthur Morgan as The Joker

Play as everyone’s favourite villain, from Gotham to the Grizzlies, this RDR2 mod lets you play as The Joker. If you want a very surreal experience, watching Arthur as the red-lipped villain take on tavern brawls and steal from onlookers which will haunt your dreams for weeks to come.

If you want to skip the ‘boring bits’ – or you’ve already played the game on console – then this skipping introduction mod will plonk you safely in after the introduction, after all the stranded snowy business has been wrapped up and you can really start exploring without being bound to tutorials or long horse rides through the desolate mountain ranges getting to know your camp mates. 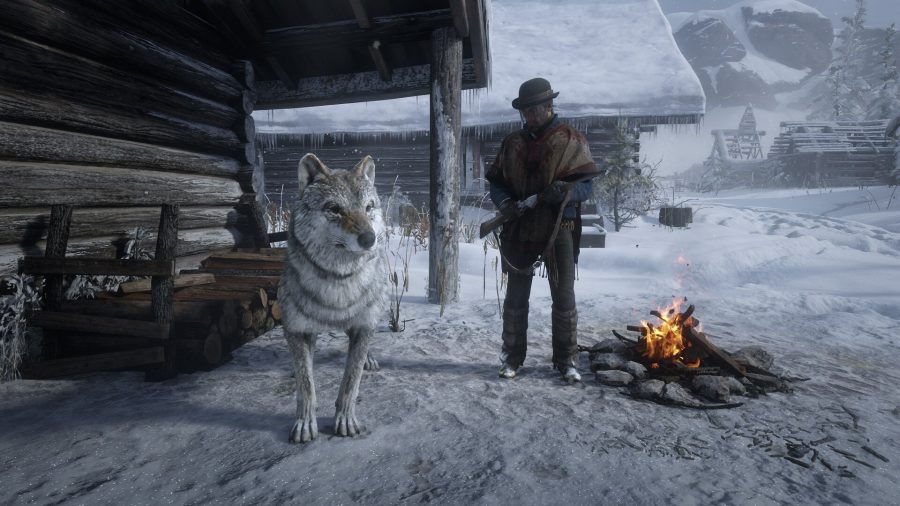 Go commando with this RDR2 nude mod from LMS that lets you roam the dusty plains stark naked. You can also choose from a very long list of other models to try out, if you’re not convinced. It was only a matter of time before a nudey mod came to Red Dead Redemption 2, who knew it would be so soon.

If you want to ride around town as teeny tiny version of Arthur, this hilarious RDR2 mod by LMS at Mod Red Dead has incredible scaling options. You can shrink Arthur down to a smidge of his original size and ride around town as mini Arthur, still dealing the same damage from your oversized guns.

Adding to the already incredible graphics, this RDR2 photo mod gives a little sheen to your gameplay, enhancing graphics, so you can use the new RDR2 photo mode to make memories.

Activate God Mode, literally, this mod gives you access to infinite health, stamina, dead eye, horse health, money, and best of all…no set bounty, so you can be a dastardly bastard without anyone to restrain your reckless ways.

Now you’ve got your RDR2 mods in check, you can explore what the open world has to offer, from RDR2 easter eggs and secrets to the best horse you can find in the PC version of RDR2.