Resident Evil 3’s release date is just over a week away. That’s plenty of time to replay the Resident Evil 2 remake, right? Well, if that tickles your fancy (and why wouldn’t it?) Massihancer of Doom 2016 ray tracing mod fame has been working on a new graphical mod, this time for Resident Evil 2.

The ray tracing mod also adds “new shadows, from Leon’s hair and body to all the map objects” thanks to ambient occlusion. In other words, then, if you want to get torn limb from limb but also have those limbs look super realistic, this mod might be the one for you.

As DX12 supports ray tracing, and as the Resident Evil 2 remake was DX12 compatible, you might be forgiven for questioning the need for a mod like this. However, many users noted that the Resident Evil 2 remake ran much worse on DX12 than on DX11. Besides which, just take a look and judge for yourself whether the graphical improvements in this mod are worth it. (Hint: they definitely are). 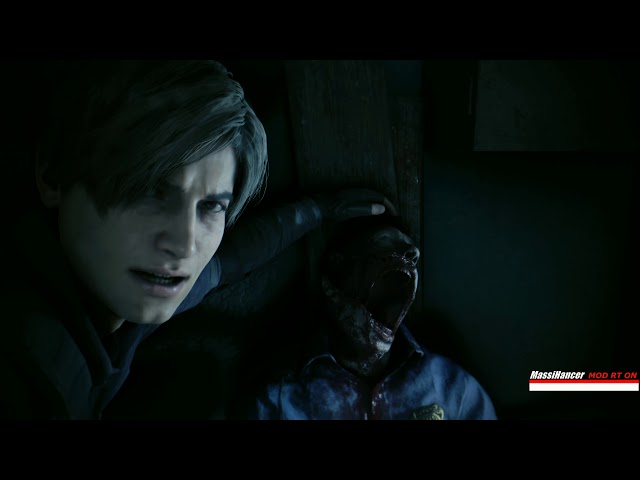 Now that Microsoft has announced DX12 Ultimate (DX12 U), we should hope for better DX12 performance in games than the Resident Evil 2 remake gave us. Although DX12 U is more of a re-brand than something entirely new, having a new spec that includes DirectX Raytracing (DXR) 1.0 and 1.1, variable rate shading, mesh shaders, and sampler feedback, means that game devs should be more inclined to make use of these features.

Plus, with AMD Navi 2X GPUs heading our way later this year, and with these GPUs supporting ray tracing, we can be sure that DX12 U’s features will be utilised more and more as time goes on. These GPUs will be based on the RDNA 2 architecture which will also appear in the upcoming Xbox Series X and PlayStation 5 consoles as ‘custom’ AMD GPUs.

While Sony obviously won’t be running DX12 U on its PS5, the Xbox Series X and PC should share some DX12 U cross-compatibility. In other words, it’s seeming like DXR ray tracing and other such high-tech graphical goodies might become more run-of-the-mill over the next year or two.

Until then, though, you might want to give Massihancer’s mod a try. One worry I had was that his staple graphical modding style wouldn’t suit a horror game, but, judging from the demonstration YouTube video, it suits it just fine. In fact, Massihancer has said that he “tried to improve the horror game atmosphere with a warmer colour grading, mostly in the indoor sections of the Police Station”. So no worries on the atmosphere front, either.

While this mod isn’t yet available to download, we shouldn’t have to wait too long, since it can be released “as soon as the RT Shader from Pascal Gilcher is out of the beta stage and free for all”, and the RT Shader beta is already on stage 0.92, not too far from a full release.