Want to know how to defeat every Resident Evil Village boss? As you make your way through the village, you’ll encounter a number of powerful enemies that just won’t take no for an answer. To take down these stubborn bosses, you’re going to need a solid strategy. The array of gruesome bosses you face throughout the game includes range from bloodthirsty vampires, and monstrous amphibious creatures, and giant werewolves with massive hammers. Luckily, we’re here to hold your hand.

Not included in this guide are a small number of mini bosses that can be missed if you aren’t combing each area. These mini bosses come in two forms: Large Lycans and Vârcolacs (Lycan Werewolves). Though these enemies drop valuable treasures, they can be completely skipped if you don’t fancy fighting at that moment. Here are the Resident Evil Village bosses and what you need to defeat them.

The Resident Evil Village bosses are: 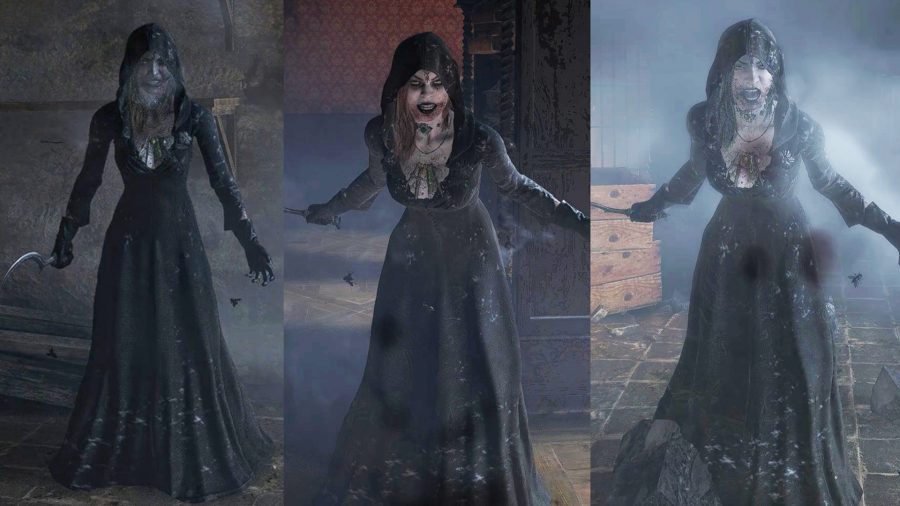 Lady Dimitrescu’s three daughters may seem invincible at first, but they can be defeated if you can find a way to expose them to cold air. Bela is the first daughter to try her luck against Ethan right after we explore the Castle’s lower floors. When Bela starts to attack you, immediately shoot the other window to ensure she is vulnerable no matter where she stands in the room. From this point onwards, all you need to do is shoot her until she crumbles into dust.

Daniela is hidden behind the locked Iron Insignia door near Lady Dimitrescu’s bedroom. You can make the room colder by opening the roof window using the handle on the posts. Once Daniela starts to feel the cold, blast her to smithereens. Finally, Cassandra is in the room next to the Mask of Pleasure. Right before you begin the fight, you should find a pipe bomb along with some ammo. Once the fight begins, push the bookcase to expose the crack in the wall. Throw the pipe bomb at the wall to make Cassandra vulnerable – shoot her until she turns to dust. 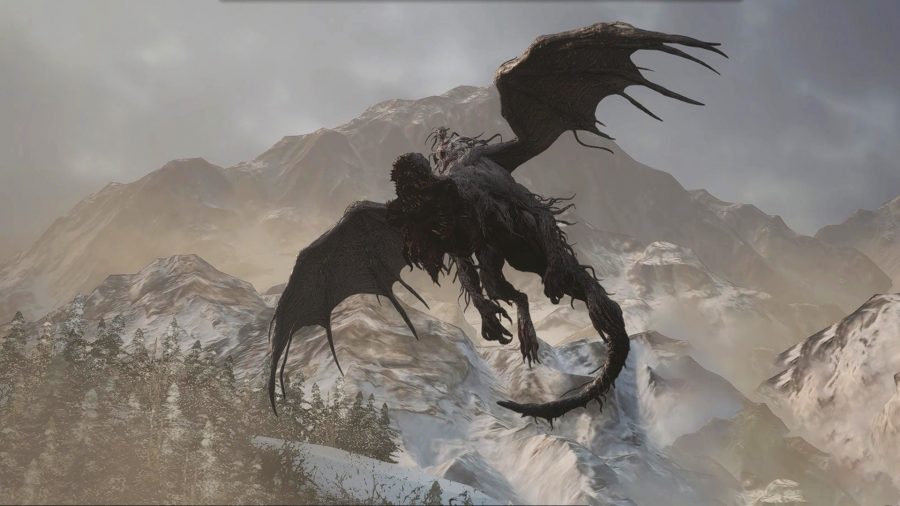 Complete the four masks puzzle at the Castle to unlock the poisoned dagger. The following cutscene shows Ethan stabbing Lady Dimitrescu with the dagger, transforming her into a winged beast. Mutated Dimitrescu takes the fight to the top of the castle as she drags Ethan to a new location. Head up the stairs and grab the ammo placed on the barrels. Don’t forget to smash the jar to find 25 handgun bullets.

Mutated Dimitrescu is incredibly slow when walking along the top of the castle, giving you plenty of time to avoid any of her attacks. Fire at Dimitrescu’s face – not her mount’s head – using the shotgun in order to deal the most damage. When Dimitrescu takes to the air, switch to your rifle or handgun to shoot her out of the sky. Dimitrescu will alternate between these two phases before crashing into the middle of the castle. Make your way up the stairs, collect the ammo hidden in the jars and repeat the process until she dies. 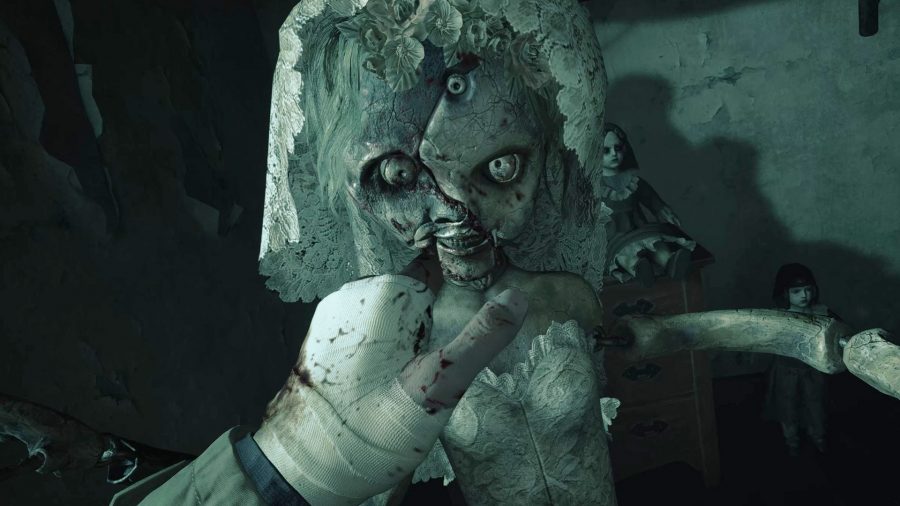 The fight against Donna Beneviento plays out more like a game of ‘Hide and Seek’ than a traditional boss encounter. Donna Beneviento has transformed herself into Angie, a creepy talking doll. Find Angie three times as she blends in with the rest of the dolls at House Beneviento.

As soon as the fight begins, head to the first door on the left, go up the stairs and enter the room on the right. Angie is leaning against a chest of drawers found at the end of the room. Go back downstairs back to the room you started in, enter the connected room and find Angie on the left side of the sofa. Finally, leave the room and follow the bloodstains on the wall to find Angie sitting on a rug. Don’t forget to pick up Angie before leaving House Beneviento. 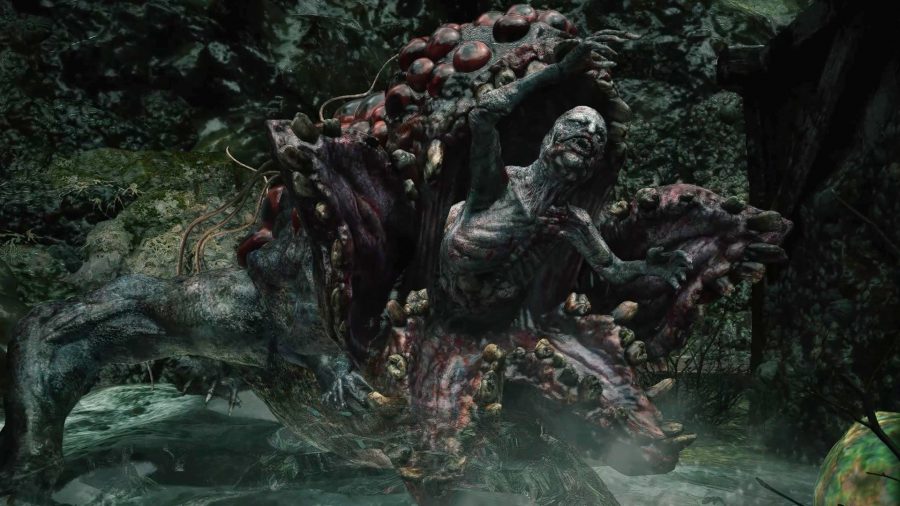 Once you find yourself in Moreau’s arena, look out for any barrels as you will find plenty of ammo for your weapons. Similarly to Mutated Dimitrescu, you want to attack Moreau when he appears out of the monster’s mouth to deal the most damage. You can also make use of any land mines and pipe bombs to stop Moreau in his tracks. There are a few explosive barrels dotted around the arena, try to use these to your advantage by shooting them whenever Moreau gets close.

Try to learn the layout of the area, as Moreau will climb on top of the roof and perform his acid raid attack. This attack marks the second phase of the fight, though Moreau will likely use this ability a second time before dying. Avoid taking any damage by heading to any building with a cover above it. Once the acid rain stops, walls of slime will block your path – simply shoot these walls or slice them with your knife to take them down. Keep hammering Moreau with bullets, eventually he will crystalise before turning to ash. 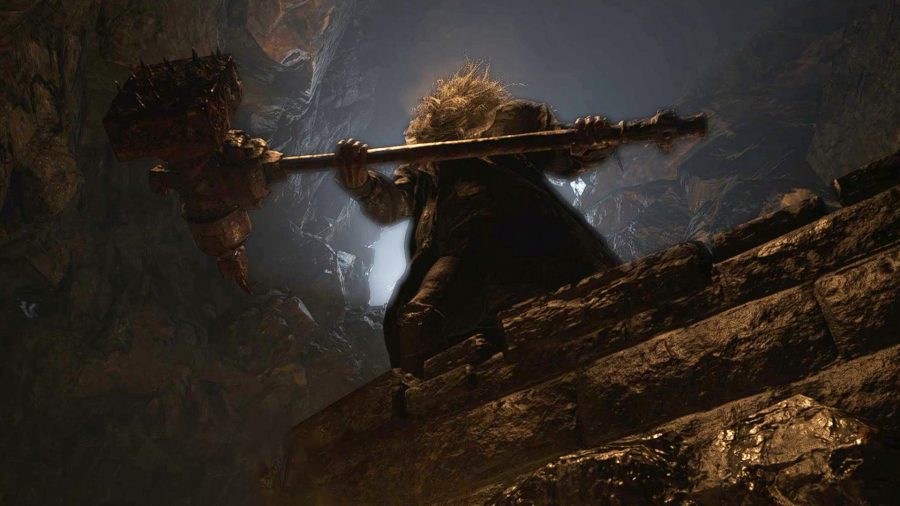 The fight against Uriaș occurs right after a lengthy trek from the Village, so it’s very likely your ammo reserves will be depleted. You can find some ammo on the ledges next to the lamps – this usually comes back when Uriaș hops back onto the middle platform. The trick to this fight is to circle strafe around a pillar, forcing Uriaș to attack an empty space. As long as you stay behind the pillar, Uriaș is unable to hurt you.

Uriaș will hop to the middle platform, summoning Lycans to make the fight even harder. Use this opportunity to search for ammo, reload your weapons, and plant land mines if you still have any in your inventory. Once you’ve perfected the circle strafe strategy, this fight is very easy as you should have plenty of time to shoot Uriaș in the face multiple times. 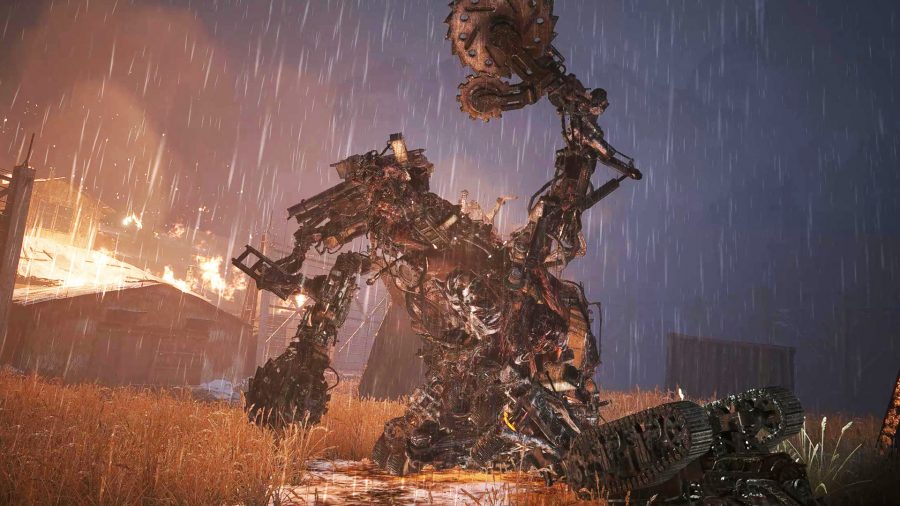 Mutated Heisenberg is the largest boss in the game – fortunately we’ve come prepared, thanks to Chris Redfield and his mini tank. Mutated Heisenberg charges at you blades first – aim your machine gun at his glowing red points to stop his attack. If you can’t damage his weak points in time, you can block his saws to receive significantly less damage. You can also fire your cannon, blasting Heisenberg back to the other side of the battlefield.

Try to keep your distance from Heisenberg as you don’t gain any advantages from being close to him. If you’ve dealt enough damage, Heisenberg will hit you with an attack that knocks you out of your mini tank. You can find spare ammo near the metal walls, though these walls can be knocked down by Heisenberg’s attacks. On foot, you need to attack the closest thing that resembles a head, ideally with a sniper rifle. With enough shots, Heisenberg will perform one last big attack before finally crystalising. 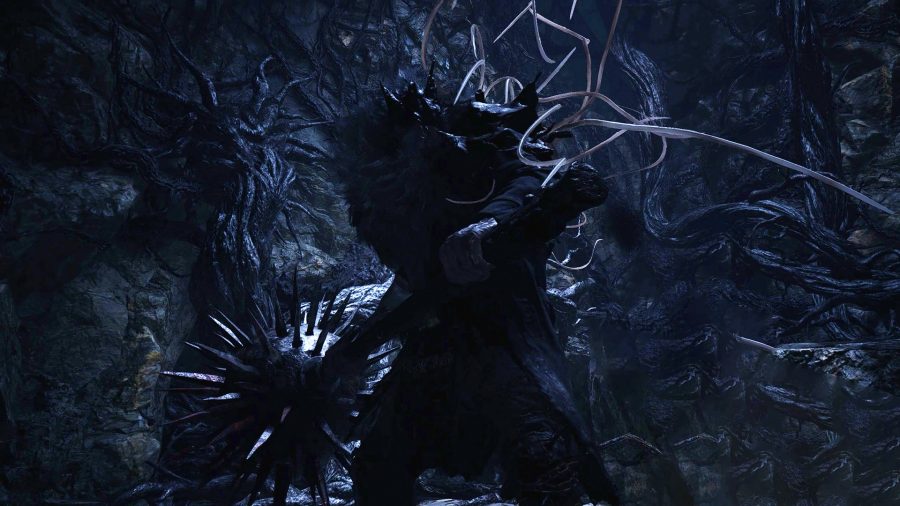 Unlike Ethan, Chris has come fully prepared for this fight against Uriaș Strӑjer, with a truckload of ammo and supplies at his disposal. This boss fight is much easier this time around, though the way you have to defeat Uriaș Strajer is slightly different. You can’t damage Uriaș Strӑjer by firing directly at it, instead you have to aim for the tentacles on its back.

Chris’ squad will offer their support, allowing you to attack Uriaș Strӑjer using an orbital strike. This attack does have a short charge time, but Uriaș Strӑjer’s attacks are so slow that you should have plenty of time to target the boss without receiving any damage. After three orbital strikes, Uriaș Strӑjer will die on the spot. 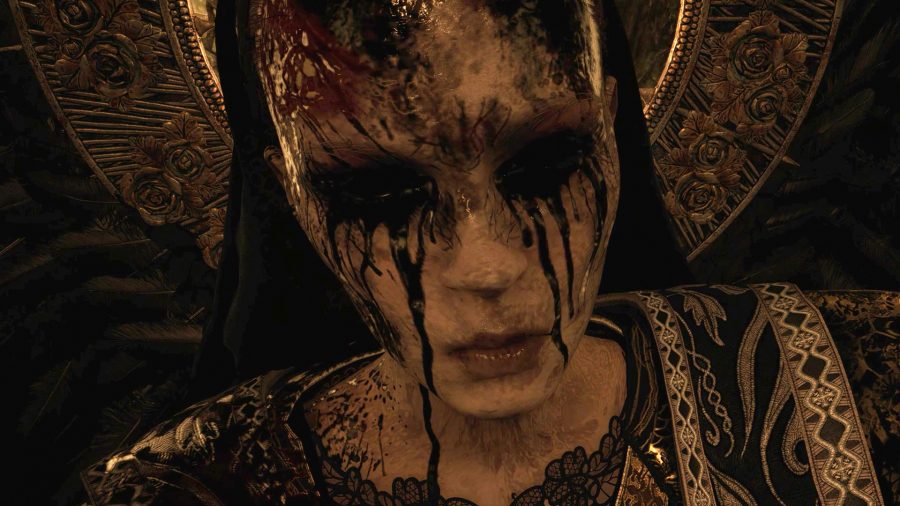 Mother Miranda has a range of attacks that could easily catch you out if you don’t come prepared. In her ‘spider form’, you can avoid being attacked by keeping your distance. The perfect weapon to use in this fight is the sniper rifle (without the magnifying scope) as it can handle Mother Miranda no matter what form she’s in. When Mother Miranda starts to fly around the stage, she will summon three balls which turn into fire. You can shoot these projectiles before she has the chance to hurt you.

The second phase of the fight begins when Mother Miranda briefly removes all colour from the scene, forcing you to fight her in the dark. After a few hits, the scene returns back to normal. Mother Miranda has an attack where she summons pillars before shooting fire everywhere. Hide behind a pillar to avoid taking any damage.

Continue to avoid her attacks and keep firing at her as often as you can to trigger the final event, in which Mother Miranda ties you to the ground as she prepares her final attack. Fire your weapon at her to interrupt her attack – keep firing to take her down completely.