Capcom has just revealed a bunch more information about Resident Evil Village at this year’s (online) Tokyo Game Show. Alongside a new look at returning protagonist Ethan Winters and some in-game footage, the dev’s shared in its live showcase that the upcoming PC game’s got “a lot more freedom” and room to experiment than its predecessor, Resident Evil 7.

“We thought a lot about how to create a game that you can make your own approach to, where you could figure out your own solutions to problems that you face,” director Morimasa Sato says via translation in the stream (which we’ve included for you below). “This is something we decided to do a lot more with this game. So you have a lot more freedom than in RE7. We want players to experiment, to figure out things that work for them. We want everyone to think of Resident Evil Village as a horror movie that you can play.”

It seems the sense of exploration and experimentation will be enhanced by the horror game’s environments, perspective, and set pieces, which producer Peter Fabiano discusses during the stream.

“First-person perspective works really well to draw you into the world we’ve created,” he says. “You want to take your time to fully explore the detailed environments and the fully-designed set pieces. The only way that you could make it any more immersive, I guess, is to scan yourself and put yourself in the game.” 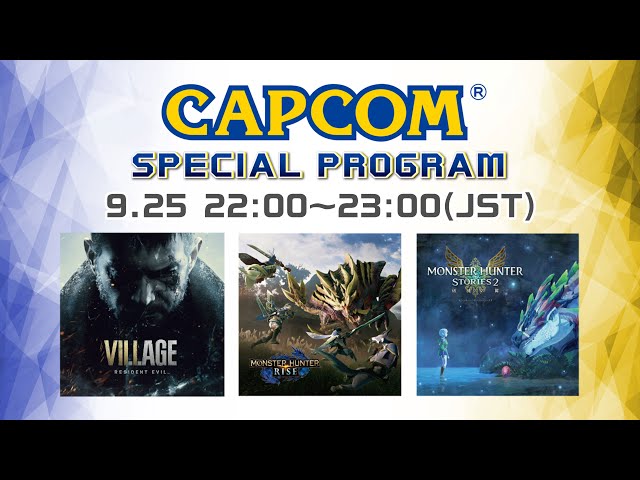 Sato also says (via translation): “When you think of the word Village, it evokes a sense of closeness – a small, tiny place. But when you look at what you’ve built Village to be, its got this colossal, distant feel to it. We wanted to give it a sense of ‘oomph!’, a sense of reality. So, we did our best to make the mountains around the village look as fantastic as possible, to really give it a wide open vibe. We wanted players to walk through the world and be like, ‘Woah! I didn’t think I could actually go here! That’s so cool.'”

As is also touched on in the stream, it looks like the eponymous village will be plenty spooky and alive with frights and surprises for us to tackle. The devs (re)highlight that the survival game’s not called Resident Evil 8 because the village is like its own character – “the other protagonist”, as a screenshot in the show says.

Alongside these nuggets of information, Sato explains that “compared to Resident Evil 7, is a bit more catchy, a bit more easy to pull yourself into, that’s one of the concepts we kept in mind when creating the game.” You can find out plenty more about the upcoming title in the stream above, though there’s no sign of a Resident Evil Village release date just yet, beyond the 2021 window already known.