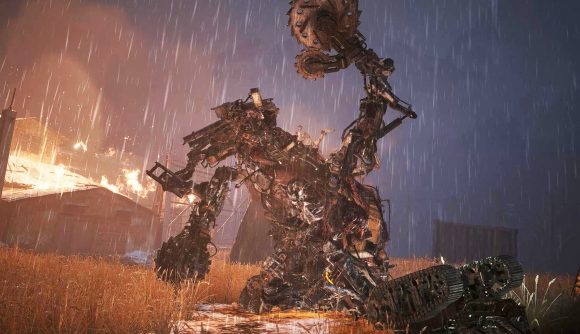 While Resident Evil Village looks seriously impressive when you enable ray tracing, you don’t necessarily need the best graphics card to run it – or a GPU at all, as PC Gamer discovered. It managed to get the game running at near 60fps at 720p, and around 30fps at 1080p on a $400 rig packing AMD’s $149 Ryzen 5 3400G APU, with no discrete graphics card in sight.

That’s far below the official Resident Evil Village system requirements, which ask for an Nvidia GeForce GTX 1050 Ti or AMD Radeon RX 560 at a minimum. PC Gamer didn’t spend hours trawling through the game’s extensive graphical options to get it playing nicely with the cheap-as-chips rig, either. At both resolutions, it was as simple as going for the ‘prioritize performance’ or ‘balanced’ preset, and letting the game do the rest.

Of course, you won’t be able to take full advantage of the pixels or refresh rate of the best gaming monitor with a similar setup, but it’s great that this game is still accessible on older rigs.

It’s still worth checking the best settings for Resident Evil Village to get the most out of your system, but this is particularly reassuring if you’re building the best cheap gaming PC or still rocking an older graphics card as you wait for the stock shortage to end. After all, the Steam hardware survey for April shows that the near-five-year-old Nvidia GeForce GTX 1060 is still one of the most popular graphics cards out there.

Can you run it? Check your PC against the official Resident Evil Village system requirements on PCGameBenchmark.